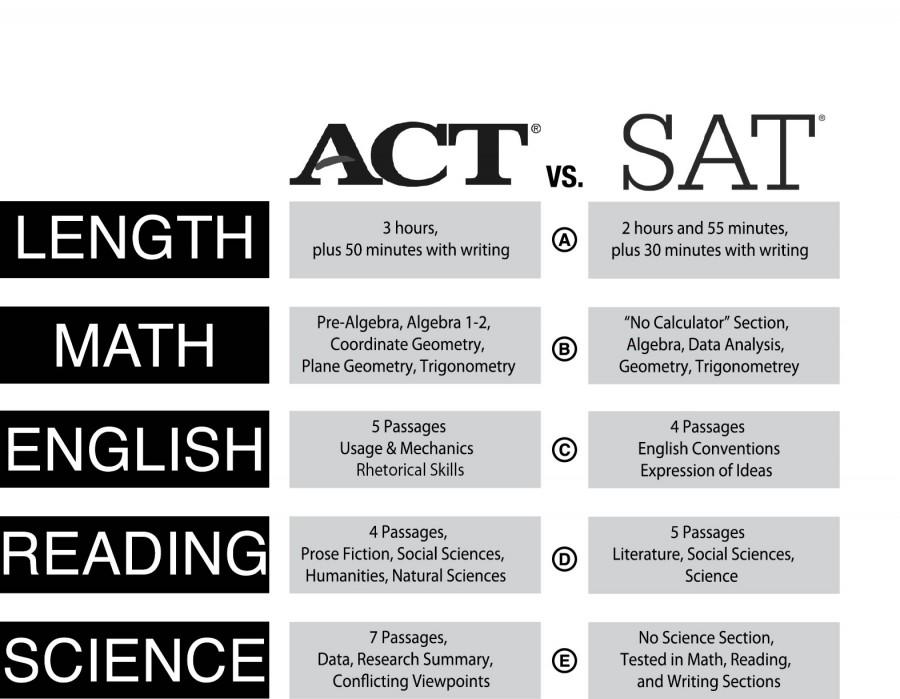 Illinois students planning to apply to college in the near future will encounter a major change in the process. This change refers to Illinois sponsoring the SAT as this year’s college admittance test and possible state accountability test instead of the ACT, due to the state budget impasse and new contract with the College Board.

Principal, Dr. Anthony Kroll, explained how this decision would impact MHS in the future.

“We would have to familiarize ourselves with the SAT,” said Kroll. “While the state gets everything nailed down, we would plan on administering the SAT next year. We would also probably have all our sophomores take the practice SAT. There’s a lot of education that will have to come around this change in tests.”

While Illinois has shifted to the SAT, it will not be administered by MHS this year nor will it be funded by the state. State Superintendent, Tony Smith, clarified the reasoning for this lack of funding in a February newsletter.

“It’s important to note that the [Illinois State Board of Education] does not have an appropriation for administering assessments this school year due to the budget impasse,” wrote Smith, who also emphasized the uncertainty surrounding the actual implementation of SAT.

Instead, the ACT will still be administered to juniors as a college admittance test, and students will likely continue to take the PARCC test.

Since Illinois finalized the switch to SAT, testing could be completely different next year.

“Since SAT is a college admittance test and a state accountability test, if we administer the SAT next year, then we’ll dump the other tests,” explained Kroll.

The SAT and ACT tests may be similar in the sense that they are both college admittance tests, but they do have some distinct differences. Junior Angel Montero has taken both the ACT and SAT this year and contrasted the tests with one another.

“I have to say that they are similar.  However, on the SAT, some sections allow for more time than on the ACT. The SAT only has reading, language, and math, while the ACT has all of those sections as well as science,” said Montero.

Kroll, who was a former chemistry teacher at MHS, reflected on the ACT’s science section and said, “ACT propagates that the science section is a science test. I think most people would argue that it’s more of a reading test. That being the case, the SAT tests math and reading, so it’s not much different.”

Recently, however, the SAT has planned some considerable changes. These changes include no penalty for wrong answers and four multiple-choice options instead of five, as is the case with the ACT. Students experienced what this new SAT would look like on the 2015 PSAT, which Montero also took.

“I think the new PSAT shows improvement. Since there’s no penalty for guessing, you can guess if you need to. It’s a lot similar to the ACT, so the change from one to the other would not be as bad,” said Montero.

Mackenzie Linane, junior, has taken the ACT twice but has never taken the SAT. She also expressed how she feels about the change.

“I’m indifferent to it; the ACT and SAT are very similar except in the way they are scored, so it doesn’t seem like it would make a huge difference,” explained Linane.

In past years, the state has paid for students to take the ACT because it was the state accountability test. This year, as Illinois’ state budget impasse continues to loom over Springfield, schools that already planned to administer the ACT will have to fund it themselves. MHS is one of these schools.

“We looked at it and still needed a college entrance exam for our students, so we decided to pay for the ACT. It cost us roughly $20,000,” said Kroll.

About $20,000 may be relatively small when compared to MHS’ multi-million dollar budget, but Kroll acknowledged “there are absolutely other places where we could use that money to make our kids more successful.”