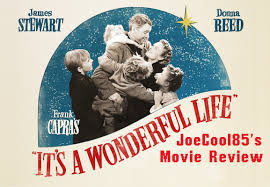 Black and white, silent or even just plain out 60s is home to films that have silently become less popular. Some people won’t watch a film based on the fact that it’s old and boring.

Movies like “The Searchers” (1956), a classic western starring the American legend John Wayne, or “Anchors Aweigh” (1945), a song and dance film featuring Frank Sinatra, Kathryn Grayson and Gene Kelly, are a few examples of tremendous films that have slowly faded away from discussion.

Now I’m not stating that every single old movie is worth viewing. We’ve had some really bad stinkers since film was made.

But a lot of the old goodies are among the best in history. One film that fits this is a 1969 film starring Paul Newman and Robert Redford.

“Butch Cassidy and the Sundance Kid” is a western film that is based on a true story and is about two bank robbers who are on the run from the law. The film’s unique blend of comedy and heartfelt characters are only a small part of “Butch Cassidy and the Sundance Kid.” Its plot, acting, old timey photos and a memorable still from the closing scene show that this motion picture is a gem of the 20th century.

“Singin’ in the Rain” is also another classic that succeeds in delivering song and dance numbers with supreme tap dancer Gene Kelly showing off his very best.

But yet, who talks about anything pertaining to these films?

Yes, classes in MHS have showed films like “12 Angry Men,” “Citizen Kane” or “The Wizard of Oz” as part of the curriculum, and these all are great films.

But there are other films worth showing that could bolster the curriculum as well.

Always in history classes we strive to learn the history of our nation’s backbone from the American Revolution to the Civil War to the War on Terror. Within our history, though, a key focus of discussion has always been WWII.  Particularly the focus has been the Holocaust.

One film that places vivid detail into this evil period is a foreign film titled “Life is Beautiful,” a tear- jerking film that contains emotional performances and a violent solid punch to the gut that will leave viewers running for another box of tissues. This spectacular film is frequently played in history classes.

But why not other films?

I’m not protesting we put an end to the viewing of this fine piece of film history. I’m saying why don’t we look at these other films that deal with other stories that deserve to be recognized. One of these features a man jumping over barbed wire in a motorcycle. The film is called “The Great Escape,” a true story that attains its rank as one of the greatest war films ever created.

The film stars Steve McQueen, who is a prisoner of war in Nazi Germany, and he must accomplish an impossible task: to escape. This film hands down is magnificent in every aspect and must be kept alive for generations to come.  Director John Sturges brought this film to life for us, and now it’s our job to keep the man’s legacy flowing.

“Kelly’s Heroes” is about an American team retrieving Nazi gold from behind enemy lines. “Patton” shows the acts of a great war hero, and “The Longest Day” presents the events of D-Day.  These movies are further examples of legendary films that should remain in our culture’s current discussions.

There is also a fair amount of films that deal with problems we have today.

One example of a black and white came in 1946 when director Frank Capra introduced the audience to a certain someone named George Bailey, a man who wants to throw away his life and leave all of his family and friends in the dust. The film is called “It’s a Wonderful Life.”

Suicide has always been a growing problem and doesn’t seem to let up. And this film sends out a question to you, the viewer: if I throw away my life, how will this affect everyone around me? And exactly how many people’s hearts have I touched? “It’s a Wonderful Life” is a James Stewart-led Christmas tradition that showcases this issue sentimentally with an inspiring storyline and unforgettable characters.

Another problem that is occurring would be the growing violence in cities. Gang violence has been occurring long before Al Capone was a youngin’, and now it’s completely out of control.

“The Warriors” is a 1979 dystopian futuristic film that illustrates the idea of gangs basically running a city. In today’s world, gangs have their own turf and run that part of town with the police doing their best to keep it under control. “The Warriors” shows that maybe in the not-so-far future, gangs will run even larger parts of town.

Gang violence is issued in “The Warriors,” and suicide prevention is involved with “It’s a Wonderful Life.”

And these are only a few films that can connect to issues. Other films like The Marx Brothers “Duck Soup,” a comedy about politics, and “The Time Machine,” a film that shows what might happen in history because of war, are other fine pieces of film that can be linked to current events.

Older films are here to enrich us with crisp stories, to help us relate to world issues or to educate viewers about the men and women who fight for our country every day.  Keep them alive by watching them.