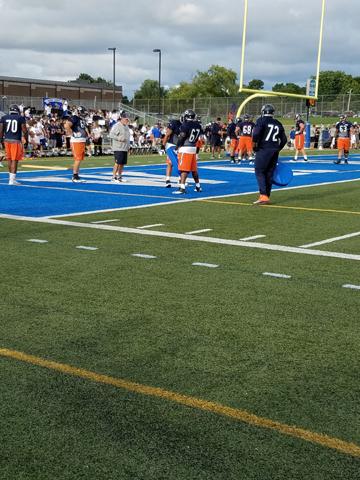 Calhoun Took the football program to watch a bears practice up close. At the end the players got to meet players and get autographs.

On Saturday, Aug. 20, the Chicago Bears conducted a practice at Warren Township High School in Gurnee. With a professional practice so close to home, the MHS football program took an opportunity to attend and watch the Bears practice.

“We went to see how a real practice was run, and we noticed how their attitude, intensity and momentum affected practice,” said Anthony Watson, senior captain.

“I enjoyed the bus ride and the practice. It was fun being with the guys on the team and laughing, having a good time,” said Senior Aaron Woolford.

After spending so much time on the football field, the players found the change of routine a nice break.

“It was fun to watch a professional football team practice with a bunch of guys that we spend so much time with on the field,” said Lucas Zepeda, senior captain.

The Chicago Bears training camp site is located at Olivet Nazarene University in Bourbonnais while the practice facility, Halas Hall, is located in Lake Forest. During the weekend of Aug. 20, the Bears took part in Varsity Takeover, where the team picks a local high school and takes over the school’s field for the day, hence why it is called Varsity Takeover. And on this particular weekend, the Bears had selected Warren Township High School.

The football team watched the Bears go through a light, unpadded practice but got to do so in close proximity to the drills.

“[The team] stood in front by the fence. We were right in front of the running back drills. We got to be up close and personal and got to see how big [the players] actually are and how they move through drills at practice,” explained Watson.

On TV, it can be hard to judge a player’s true size, but while attending a live practice, the players from MHS were able to view some of their favorite players while standing in front of live drills.

“I have been to many practices, but it still surprises me at how big the linemen and linebackers are, but what is really surprising is that the DBs (Defensive backs) are about my height and size,” said Woolford.

The players watched the Bears go through warm-ups, individual drills, team segments, special teams and then a scrimmage.

Following the practice, the Bears players met the fans, and the Bears organization provided fireworks for the attendees. Some fans, like Watson, stuck around to get autographs.

“At the end of the practice, I got a couple of autographs– one of them happened to be Kyle Fuller,” said Watson.

Other than taking a trip to see the pros go at it, some MHS players took more away from the experience. This opportunity proved to enhance future aspirations, particularly for those who plan to play football in college.

“The practice gave us something (a goal or a dream) to look forward to,” said Zepeda. “It motivated me to [want to] go to the next level.”

Floyd and White made their league debuts in the first game of the season on Sept. 11 when the Bears took on the Houston Texans in Houston. 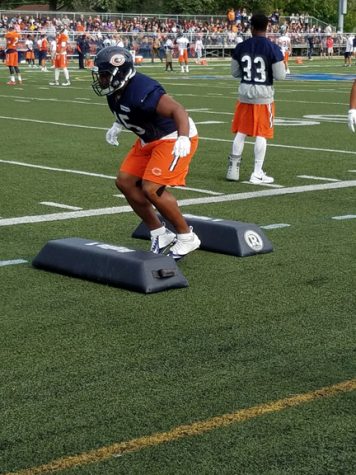 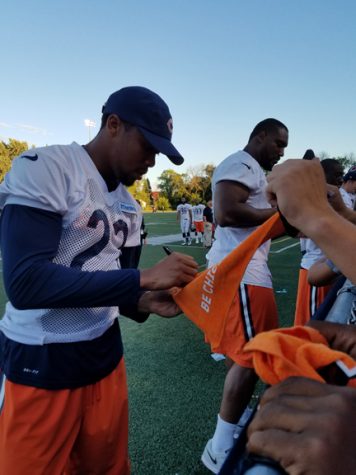 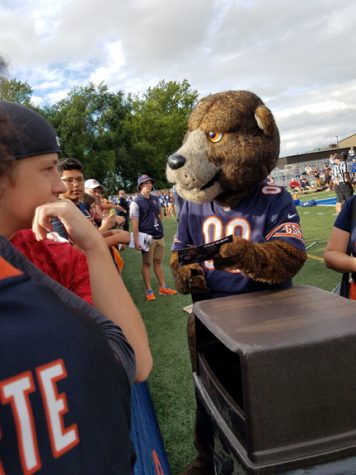