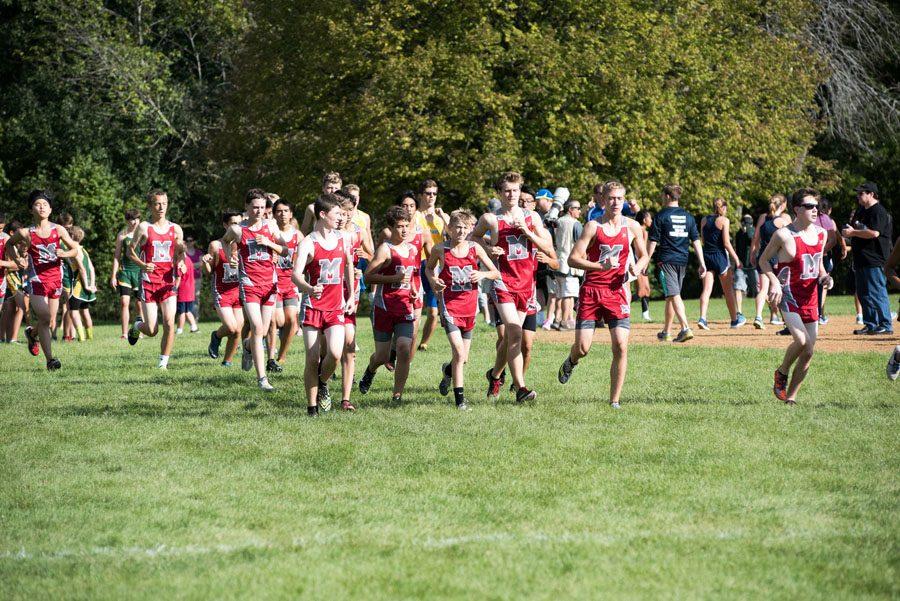 This invite for MHS to win was considered special by the school community because not only was it the first win at a Lake County meet ever, but this meet is named after a former MHS cross country  coach– Clinton “Art” Campbell.

According to a Sept. 6 MHS press release, Campbell was a state and Big Ten student athlete when he was younger. He had such a passion for the sport that he wanted to coach cross country.  He was known for putting his whole heart into this sport, so his commitment was acknowledged by having an invitational named after him.

Many say this meet was won by the freshmen since the team had a lot of fast teammates who came up from middle school.  Freshman Dillon Blake finished almost a whole minute in front of the next person.

“We have a really good team this year, best the school has ever had; we have a lot of young talent,” said Senior Ben Krauss, team captain.

Several teammates agreed with Krauss that this year’s team has stronger freshmen than usual, but Head Coach Kurt Rutz complimented the hard work of the entire team.

“They are the most dedicated group,” he said. “They worked hard all summer, and they certainly deserve to win it.”