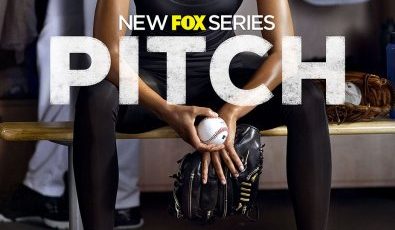 The changing of the leaves means the changing of the TV guides as the U.S. entertainment market shifts into autumn television mode. The premieres of several diverse shows offer a supply of entertainment for every viewer while displaying the shifting mindset of Hollywood– taboo and unusual topics have taken center stage alongside typical American programming. Here are some of the most anticipated fall TV premieres of 2016.

Atlanta (FX): Starring Donald Glover (rapper Childish Gambino) as Earnest “Earn” Marks, “Atlanta” follows the story of a young Princeton dropout turned manager who tries to get his cousin’s rap career off the ground. This show succeeds as a glimpse into the absurdity of the hip-hop machine and the mechanisms of modern masculinity. Its initial dream-like quality is due to the direction of Japanese director Hiro Murai, and this is combined with the odd balance of jokes in the weird tone of humor for which Glover is famous. “Atlanta” is funny with a hint of self-deprecating realism and is perfect for the modern rap fan. The series premiered on Sept. 6.

Better Things (FX): The comparisons of this show to the running FX series “Louie” are valid

because “Better Things” airs on FX, it stars “Louie” actress/producer Pamela Adlon, it’s about a divorced parent raising kids, and it also features Louis C.K., star of “Louie”. In the show, Adlon plays a struggling actress in Hollywood working to raise her children as a single parent. The show is a harsh reality check disguised in a comedy. A must for any fan of comedians like Louis C.K., “Better Things” premiered on Sept. 8.

Bull (CBS): Michael Weatherly’s return to CBS television in this new legal drama is lauded as part of CBS’s formulaic dramas, following in the unlimited success of “CSI”. Weatherly stars as Dr. Jason Bull, an elite trial consultant loosely based on an early career of Dr. Phil McGraw. The show combines the legality of a courtroom drama with the addition of high-tech jargon to aid CBS in its goal to remain modern and hip. While not a completely unique format, Weatherly’s performances always draw in crowds of baby boomers. The series premiered on Sept. 20.

Man with a Plan (CBS): Former “Friends” star Matt LeBlanc returns to television after his ill-fated role in the spinoff “Joey”. This time LeBlanc is a contractor who learns that raising his kids is more challenging than expected when his wife Andi (Liza Snyder from “Yes, Dear”) returns to work. With his wife under employment after being a stay-at-home mom for 13 years, LeBlanc’s character agrees to take on more parenting responsibilities. The blow to LeBlanc’s career after the failure of “Joey” has made his comeback seem all the more strange, especially after so long, but following the success of a show like “Friends” is near impossible. The series will premiere Oct. 24.

Pitch (FOX): Pitch is the fictional story of a young woman known for her nearly unhittable screwball pitch as she is selected to join the MLB’s Los Angeles Dodgers as the first woman ever to play regularly in the major league. Actress Kylie Bunbury stars in this highly anticipated series praised for its diverse cast on a usually conservative network and for its progressive storyline that just may inspire young girls to follow in the footsteps of its main character. “Pitch” premiered on Sept. 22.