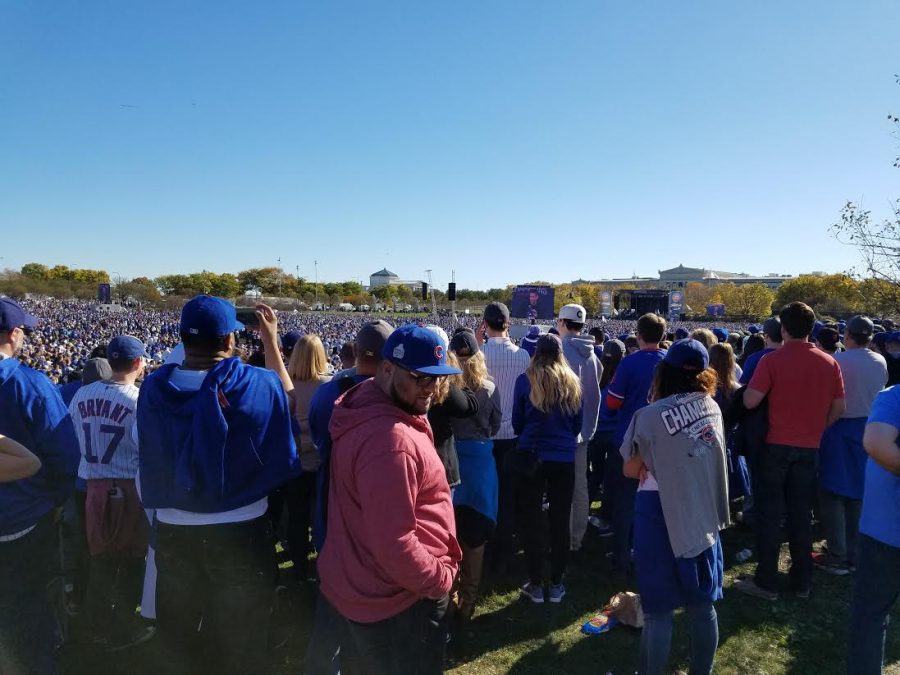 Millions of fans watch as the celebration rally takes place. Players, managers, and executive members of the team spoke in front of the large crowd.

On Friday, Nov. 4, the city of Chicago celebrated history being made and the victory of the Chicago Cubs winning the world series. After a 108 year drought and a game 7, 10th inning win, masses of people from all around Chicagoland gathered on the parade route and in Grant Park to watch the celebration of the century. Below are pictures taken by Delaney Appelhans, centerspread editor, and Alex Loding, sports editor, who both attended the events held.