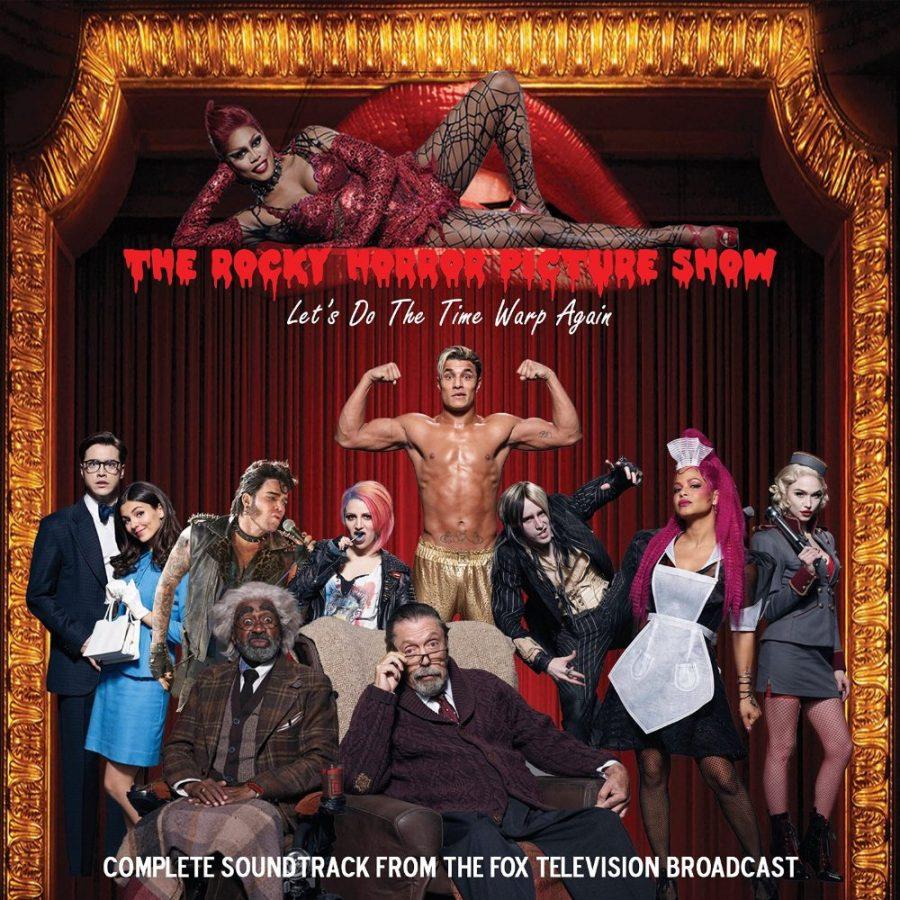 When the original cast of “Rocky Horror Picture Show” said, “Let’s do the time warp again,” I don’t think this is what they meant.

The made-for-TV remake of the cult classic was directed by Kenny Ortega, who is known for directing “Hocus Pocus” and the “High School Musical” movies, and aired Oct. 20 on Fox.

Ortega has had plenty of directing experience; however, his expertise fell flat for modernized recreation. From poor costuming and a lack of good character development, there’s not much good to fall back on for this movie. While I do applaud the use of the original script, I was not thrilled with what was done with it.

The beginning still emphasized the iconic red lips singing “Science Fiction/Double Feature”; however, this time the lips belonged to an usherette played by Ivy Levan. Although I was not a fan of this portrayal, I liked the addition of the movie theater cutscenes because it was where the actual movie took place.

These cutscenes featured fans of the film acting alongside the film; at Rocky Horror viewings people throw objects, shout lines or perform other actions to coincide with the film. It was interesting to incorporate this into a remake of the film, but I think the incorporation of this fell flat. It felt disconnected from the rest of the film and didn’t serve much of a purpose.

A majority of the costuming also failed to serve a purpose. They were outlandish and did not incorporate the tacky essence of the original film. The outfits seemed like they were trying too hard to be weird and ended up feeling cheap and overdone.

My overall least favorite scene of the movie had to be the “Time Warp” number. Overall this scene had the worst wardrobe choice and just wasn’t entertaining. The original number was creepier and more cohesive; the remake’s version felt like it belonged in “High School Musical”. It was too bubblegum-y and didn’t have the essence of horror at all.

The peculiarity of the original movie was lost within the remake, partly because of the poor acting and the inability to capture the original characters’ personas. Specifically, the characters Brad (Ryan McCarten), Magenta (Christina Milian) and Eddie (Adam Lambert) disappointed me.

The acting in the original film may have been subpar; however, McCarten’s portrayal of Brad was just awful to watch. The character itself is a clueless mess, yet it seemed like he had no idea what was going on throughout the movie– he felt out of place and awkward.

Milian’s representation of Magenta wasn’t as bad, but it was dull. While McCarten didn’t try hard enough, it seemed like Milian tried too hard. The character’s persona was forced, and her personality was lost.

Eddie’s character wasn’t around long enough to generate a full opinion; the reason I was not a fan of Lambert’s acting here was mainly because there wasn’t enough for him to do. The entire scene with him was too short and anticlimactic. His death felt meaningless, and there was very little personality shown in the scene. It was uneventful and felt less like a cheap horror movie and more like a bad haunted house.

Although these three were the biggest disappointments, there were mediocre acting jobs that upset me just as much. Reeve Carney as Riff Raff and Staz Nair as Rocky didn’t contribute anything to the overall film; it seemed like they were overpaid extras. In the original film, Rocky’s character was little more than eye candy, but even with minimally spoken lines, I much prefer that Rocky because he served a purpose.

Through all the negatives in the movie, I do have to give Victoria Justice (Janet), Laverne Cox (Dr. Frank-N-Furter) and Annaleigh Ashford (Columbia) props for their acting abilities. It seemed as if they were acting in a movie separate from the rest of the uninspiring cast. The strong persona of Cox’s character came to life with her charisma, but everything else in the movie lessened the positive effect of this.

Overall, this movie was a complete blunder. From the costuming to the acting, there aren’t many shining moments. There were a few performances I was impressed with, yet it was not enough to salvage this movie from its impending failure. It was a messy remake of an already cheesy movie, and although many might not claim the original as a masterpiece, it is a cult classic known for the outlandish crowds it draws to theaters. This modern take didn’t urge me to want to see it again. Instead it made me want to turn off the TV and put down the remote.