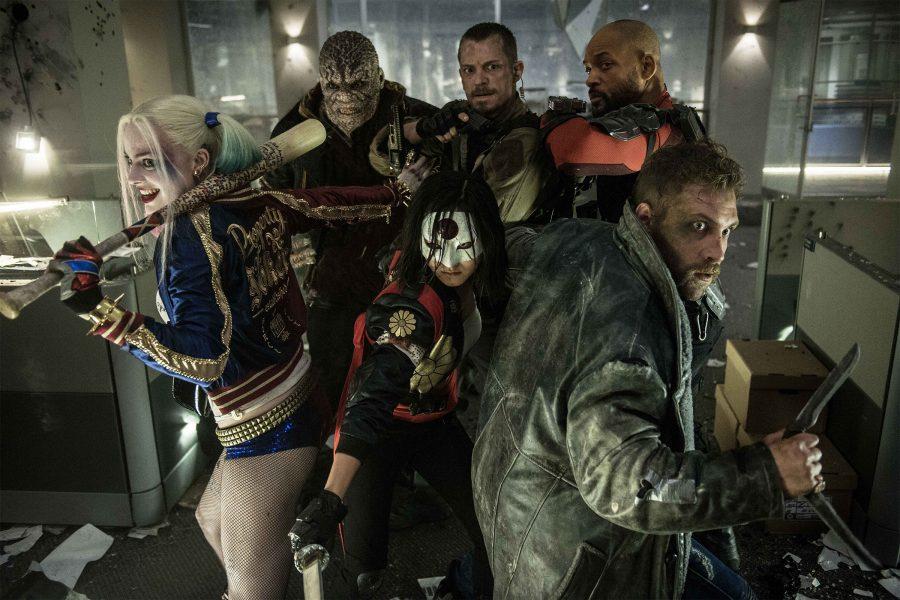 Hey movie lovers and viewers, this has been your year, as 2016 has been a banner year for big screen productions from comedy to action, to horror and even to a fish with short term memory loss. While there were many to choose from, here are the Top 5 movies from IMDB not rated R:

#1: Finding Dory: One of the fan favorite characters in the movie “Finding Nemo” finally got her own movie. After “Finding Nemo” debuted in 2003, the 13-year wait for “Finding Dory” came to an end in early summer. “Finding Dory” hit theaters in June and proved to be a hit with older and younger audiences alike, generating over $485 million at the box office. Voiced by Ellen Degeneres, the forgetful blue fish that fans came to love took viewers back into the ocean where they met up with the whole gang from the original film. Dory takes the viewers on adventures and stories from the past to teach audience members a little something about family.

#2: The Jungle Book: Hitting theatres in April, this once animated fan-favorite was brought to life by Director Jon Favreau. A ‘man-cub’ by the name of Mowgli embarks on an adventure with a free-spirited bear, Baloo (Bill Murray), and is accompanied by a panther, Bagheera (Ben Kingsley). Mowgli and crew take a journey through the jungle but run into trouble when they have a run-in with a tiger named Shere Khan (Idris Elba). Also, on the journey, Mowgli and Baloo encounter apes, monkeys, elks and a huge, and I mean huge, python voiced by Scarlett Johansson. With a Rotten Tomatoes score of 94 percent and the making of a whopping $966.5 million ($966.5 million!!!) at the box office, “Jungle Book” was a huge hit for audiences of all ages. This was one of the long list of hit, classic movies that Disney released in 2016.

#3: Captain America: Civil War: Arguably the most anticipated and intense movie of the year had to be “Captain America: Civil War”. The heroes comic and movie lovers have come to adore face reality in this action thriller. The Avengers are under pressure from world leaders as they claim that the Avengers’ actions have led to too many deaths in countries around the world. While this world dispute is taking place, the gang becomes divided as members choose to join sides with Captain America (Chris Evans) or with Ironman/Tony Stark (Robert Downey Jr.). With the absence of the Hulk/Dr. Banner and Hawkeye, things get heated, and it becomes a constant war between both sides. Along with the action and drama, Marvel unveils new characters into the Avengers movies: Ant-man (Paul Rudd), Black Panther (Chadwick Boseman) and the new, younger Spiderman (Tom Holland).

#4: Suicide Squad: Another movie on the list of most anticipated had to be “Suicide Squad”. A secret government agency captures and assembles the world’s worst villains to form a sort of ‘task force’. The government acquires Harley Quinn (Margot Robbie), Deadshot (Will Smith), Diablo (Jay Hernandez), Killer Croc (Adewale Akinnuoye-Agbaje), Katana (Karen Fukuhara) and Captain Boomerang (Jai Courtney). This gang of villains, led by Rick Flag (Joel Kinnaman), takes on an enemy whom no one saw coming. Warner Brothers and DC have a master piece on their hands, making $745,521,779 at the box office worldwide, showing that fans from all over loved this hit movie and might be able to expect a sequel. When the credits rolled, DC and the Caped Crusader hinted at a new movie.

#5: Zootopia: Another new movie that was released early in the year but making the cut is the animated, mammal metropolis movie “Zootopia”. This heart-felt, enjoyable movie about a new, female bunny officer, Judy Hopps (voiced by Ginnifer Goodwin), is something for the whole family to watch. With terrific aminations and an even better storyline, Director Bryan Howard has encountered gold, producing over $340 million at the box office and a 98 percent rating on Rotten Tomatoes. Howard takes viewers through the city of different environments, such as Sahara Square and Tundratown, as Hopps’s journey of becoming the first bunny officer on the force leads to a huge conspiracy case, while meeting a fast-talking, keen fox on her way. Critics have called “Zootopia” an instant Disney classic.

Along with the Top 5, there are many more movies that can be considered as 2016 tops. Some of these notable movies include: “Star Trek Beyond”, “Batman vs. Superman”, “The Girl on the Train” and the new “Ghostbusters”. If you have already seen the movies in the Top 5, check out all of these notables.

Besides the great movies that have come out already, there are still multiple movies to hit the big screen this year. Some highly anticipated new releases include the Harry Potter spin-off, “Fantastic Beasts and Where to Find Them”; the newest Marvel hero to be introduced, “Doctor Strange”; and a new Disney classic, “Moana”. All of these cinemas were set to release in November. December also has some headliners with movies, such as “Rogue One: a Star Wars Story” (Dec. 16) and the new Will Smith movie, “Collateral Beauty” (Dec. 16).