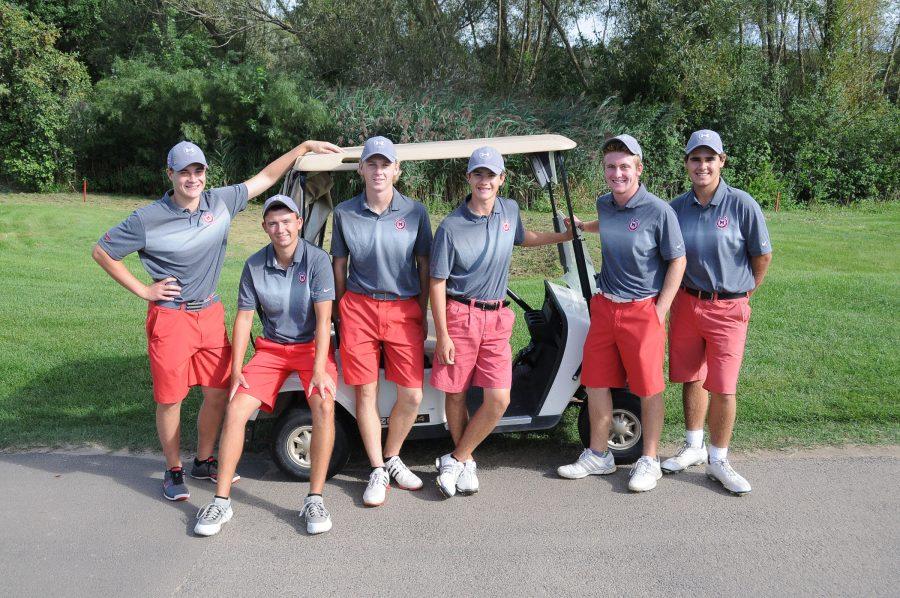 This fall, three varsity golfers got a chance at redemption. Ryan Magee, Brett Parola and Zach Zentz, who are all senior golfers and members of the varsity baseball team, went to Bloomington, IL, to participate in the state finals with their varsity golf team.

“It was an honor, and I worked really hard,” said Magee. “It means a lot to have your hard work pay off.”

Like the baseball team, this year’s golf team is the first boys golf team in MHS history to win sectionals and participate in the state tournament.

In the 3A sectional, the MHS golf team (306) beat out Barrington (307) by one stroke and came ahead of Lake Forest (308) and Highland Park (308) by two strokes. Along with the close-as-can-be team win, Magee found himself at the top of the scorecard as the all-around individual winner shooting a course low of 73. 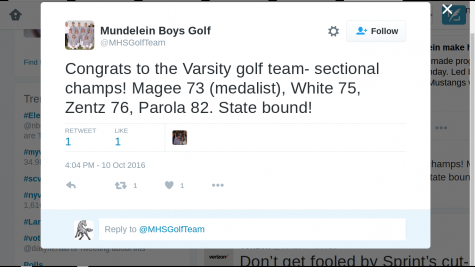 “Like baseball, we all bought in at the beginning of the season. We put in tireless work, stayed focused, and we all were team-oriented,” explained Magee.

Along with the team’s record-setting season, the golf team also finished undefeated (7-0) in conference play and won conference accordingly. The boys golf team has won conference the past two years and four out of the last six seasons.

“I have been playing golf and baseball with pretty much the same people my whole life. We are basically brothers when the sport is in season because we are with the team so much,” said Zentz.

Another similarity between the baseball and golf teams is their coaching. Both teams are led by Coach Todd Parola, who had the chance to go to state for the first time last spring as well.

“It is all business with Parola,” said Magee. “He is very disciplined, demands hard work, and he helps kids reach their potential.”

Along with being all business, Coach Parola has become known for his unique way of motivating his players.

“Coach P[arola] is a big help for both teams. He is just amazing to be around, especially when we’re practicing,” said Zentz. “He always says that we will be the worst team in the conference, and it always makes both teams have more confidence and motivation.”

Last season the boys golf team missed going to state, finishing fourth in its section. This year they added and fixed key points and managed to go down state for a program first.

“We have been close in recent years, and it was special to make school history as well as team history,” said Magee.

The sectional win was a nail-biter, according to some players.

“During the round, we were freaking out because we heard that other teams were playing good, and we weren’t doing that good, so we finished out and realized that we had the lead after the first wave of team. Then, as the second wave came in, and we beat them, too, and we realized that we did and won the [sectional] championship,” explained Zentz.

After winning sectionals, the boys team went to Bloomington, IL, where they competed in the 3A state tournament at The Den at Fox Creek golf course. The boys golf team finished 11th in the 3A state finals. Magee placed 31st individually, while Zentz and Parola finished 85th and 101st respectively.

“It was a great experience knowing that I have been on the two best teams in school history– also that I have represented my town– and I will remember it for the rest of my life,” said Zentz.

The three seniors on the golf and baseball team have demonstrated much talent as a tight-knit group of friends.  They said they hope to carry their bond and hard work into the upcoming baseball season.