The Oscars: Hit or Miss? 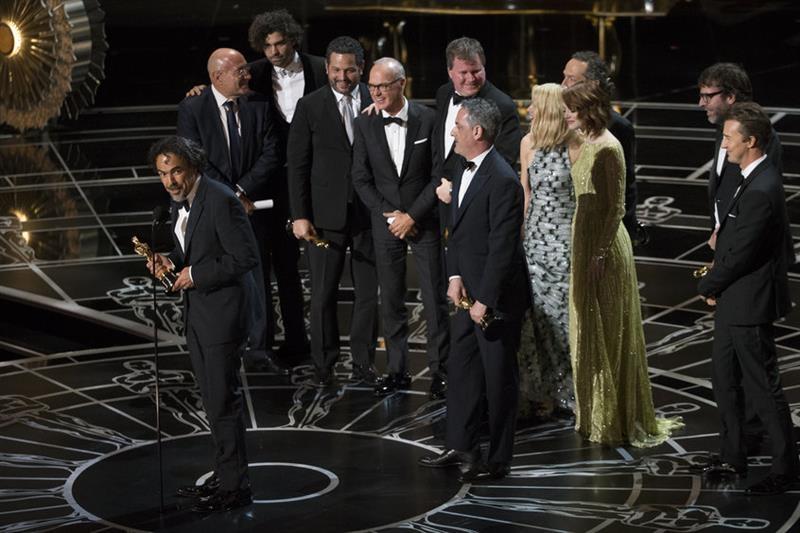 The cast of Birdman accepting their award for Best Picture. Photo courtesy of imdb.

Live on Feb. 22 was the 87th Academy Awards, otherwise known as the Oscars. Nominees were announced earlier this year, receiving varied reactions from shock to disappointment.

Krystal Calanca, junior, was displeased at the Best Picture nominations because “‘American Sniper’ was nominated…. [This movie] is Islamophobic.”

“American Sniper” is based on the life of Chris Kyle, known for the “most career sniper kills in U.S. military history,” according to his autobiography, off of which the film is based.  He served in Iraq and targeted al-Qaeda threats.

However, Calanca also mentioned that she hasn’t heard of the other nominees from this list, reason being she doesn’t watch a lot of movies.

Sophomore Kaitlyn Watkins, on the other hand, said, “I was definitely pleased [about the nominations]. The movies were well-written, and the acting was great.”

She also mentioned that the nominees were all about stories that needed to be heard.

Watkins watched a lot of movies during 2014, her favorite off the Best Picture nominations being “The Imitation Game” because “it was a historical piece, and what happened [in the movie] influences us today.”

“The Imitation Game” stars Benedict Cumberbatch (nominated for Best Actor in a Leading Role) and is about World War II mathematicians trying to crack the enigma code, which was used to decode German signals.

Best Picture winner was “Birdman,” which ended up taking four awards that night.  This movie follows a washed up actor who attempts to regain fame by producing a Broadway adaptation of a short story.

The Los Angeles Times posted an article on its predictions of who was to win. For Best Actor the publication’s decision was “Redmayne. Keaton [from “Birdman”] could prevail, but tough to pick against the history of the Screen Actors Guild winner taking this Oscar.”

Watkins shared the publication’s opinion, saying, “I feel that Eddie Redmayne from “The Theory of Everything” should win because he did a really good job.”

“The Theory of Everything” shares the story of the relationship between physicist Stephen Hawking with ALS and his wife.

Redmayne seemed to be a crowd favorite to win and took home the Oscar, yet Calanca wanted Benedict Cumberbatch to win.

Calanca recognized Reese Witherspoon’s name on the list of nominees for Best Female in a Leading Role but hadn’t heard of the movie for which she was nominated. She mentioned, “[I] don’t pay attention to pop culture, so I wouldn’t know [who I’d want to win].”

Watkins and The Los Angeles Times both agreed that Julianne Moore should have won Best Actress in a Leading Role.

“Still Alive was really good…. In the role that [Moore] played, she did a good job [considering that] it was a hard role to play.”

The Los Angeles Times stated that Moore is to win her first Oscar with her fifth nomination for her performance as a linguistics professor struggling with early-onset Alzheimer’s.