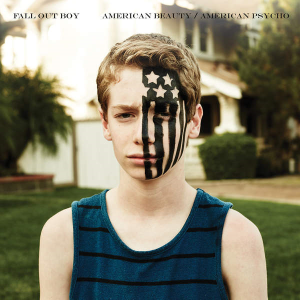 A new year means new music. This year will include some long-awaited returns, along with some repeated artists from last year.

Fall Out Boy- Rock band Fall Out Boy is back with a sixth studio album entitled American Beauty/American Psycho, which was released on Jan. 20. Fall Out Boy responded to an early album leak by re-leaking the album themselves on Jan. 13. The album contains singles “Centuries” and “Immortals,” which were released late last year, along with the title song “American Beauty/American Psycho,” released early this year. Fall Out Boy has also announced a summer tour, entitled The Boys of Zummer, which is to feature Wiz Khalifa and Hoodie Allen.

All Time Low- Pop punk band All Time Low has confirmed its sixth studio album entitled Future Hearts, which is due for release on April 7. On Jan. 12, the group released the music video for a new single entitled “Something’s Gotta Give” and also posted a spring tour announcement with bands Tonight Alive, State Champs and Issues. All Time Low has planned a small February co-headline tour in the UK with You Me At Six and is also to play the month of March throughout Europe with Real Friends.

Bastille- Indie rock band Bastille is due to release a second album sometime this year. According to lead singer Dan Smith, the upcoming album should be released in the first quarter of 2015. Toward the end of last year the band released a collaboration album, which is unrelated to future works. Bastille has no current tours, but the members are set to do a couple festivals in South America.

Imagine Dragons- Alternative rock band Imagine Dragons is set to release a second studio album entitled Smoke + Mirrors on Feb. 17. Singles already released from this album include “Gold” and “I Bet My Life.” Super deluxe edition will also feature previously released songs “Monster” and “Who We Are.”  In late 2014, the band released a YouTube trailer for this upcoming album.

Neck Deep- Pop punk band Neck Deep has recently finished with its second studio album. Late last year it was announced that A Day to Remember frontman Jeremy Mckinnon would be producing Neck Deep’s next album. Currently, they’re about to set off on a UK tour with bands Knuckle Puck, Trophy Eyes and Seaway. Over the summer, they’re to play the entirety of Warped Tour. There are no set release dates for the next album, but the band has made many posts about the album process on social media.

Kanye West- Rapper Kanye West is in the process of working on his eighth album. There are no official details about his upcoming album at the moment, but he recently released a new single with Paul McCartney entitled “Only One.” There are also no confirmed tours, but singer Rihanna has announced that a prize for her auction is VIP tickets to Kanye West’s upcoming North American tour. Other than this announcement, there is no further information about new music.

5 Seconds of Summer- Pop rock band 5 Seconds of Summer has hopes to release a second studio album sometime in 2015. In August of 2014, the band made many statements about releasing something new this year. The band also tweeted on Jan.15 about being ready to write a new album. There are no set in stone plans for this band, but the group is currently on Rock Out With Your Socks Out tour and have been nominated for a Brit award.
Real Friends- Pop punk band Real Friends is out to release a second studio album sometime this year. Record label Fearless Records included this band in the promo for upcoming 2015 albums, yet the band members themselves have yet to release any further information. Real Friends has also just released the music video for “Summer” off of its last album and is going on a spring tour with headliner The Maine, along with Knuckle Puck and The Technicolors.