MHS Cheerleading has a New Leader 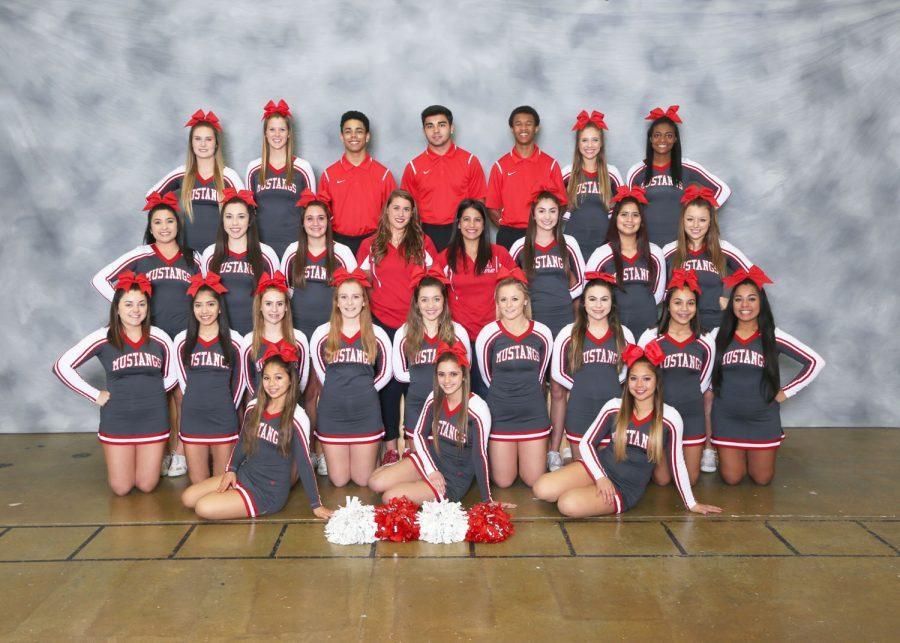 Cheer has gained a new member this season; Natalie Randazzo is now the new head coach of the varsity cheerleading team. Randazzo started coaching at MHS in July of this year.

“After our first practice, I was so excited to get to know them,” Randazzo said about her first impressions of the team.

Randazzo knew a few of the athletes before joining the MHS team because she used to be a long-term substitute at MHS in 2015, so she was excited to see a few familiar faces.

But overall, she was new to this team and was excited to take all of her experience from her past and bring it to MHS.

“I breathe, dream and live for cheerleading. I love the sport; how could you not?” said Randazzo.

She has performed and coached at state level. She also graduated from DePaul University where she had cheered.

“When I graduated college, I could not imagine my life without [cheer],” she said.

“I have coached since I was in high school.” She later added, “My first high school coaching job was in 2013 for the JV Conant Cougars.”

She also said she knows how to work with student athletes because she was one of these athletes herself for her whole life and has been coaching them for so long.

Coach Randazzo uses her knowledge and passion for this sport to her advantage as a coach. She wants what’s best for this team.

The cheer team has made it to state several of the years they have competed, but they haven’t won it yet. Coach Randazzo said she thinks the team is completely capable of winning it, but her main focus is how they are going to achieve that and what it will take for them to achieve it.

“We all want the program to improve but change can be tough,” Randazzo said.

This year is the first year in a long time that MHS cheer has had more than 20 athletes on the floor in a routine.

“This is a tremendous challenge we are taking on, but we are ready for it,” she said.

The team has also gained some new male athletes, which has also been a challenge. Trying to find a male cheerleader was hard, but Coach Randazzo found a group of boys who were new but committed to learning about a sport that they have never participated in before.

Jake Goeke is a new junior male cheerleader, and he has learned so much from Coach Randazzo in such a short period of time because of her coaching style.

Goeke said, “She’s changing the program for the better and has brought a lot of experience to the team, and ever since then, we have been a more hard working team.”

And it shows. Goeke has never cheered before in his life, and he just recently got his standing back tuck.

Goeke’s favorite part about Coach Randazzo is how she coaches. Trying to get more than twenty athletes to listen to one person and to make them all perform perfectly is hard to achieve, but Randazzo’s attitude and determination help her be the best coach she can, he noted.

And all Randazzo wants is the best from the athletes.

“There is no better feeling than when your athletes hit the floor and perform a flawless routine,” said Randazzo.

“Watching your student-athletes shine is comparable to winning the World Series.”