Dance into Summer with Music Festivals 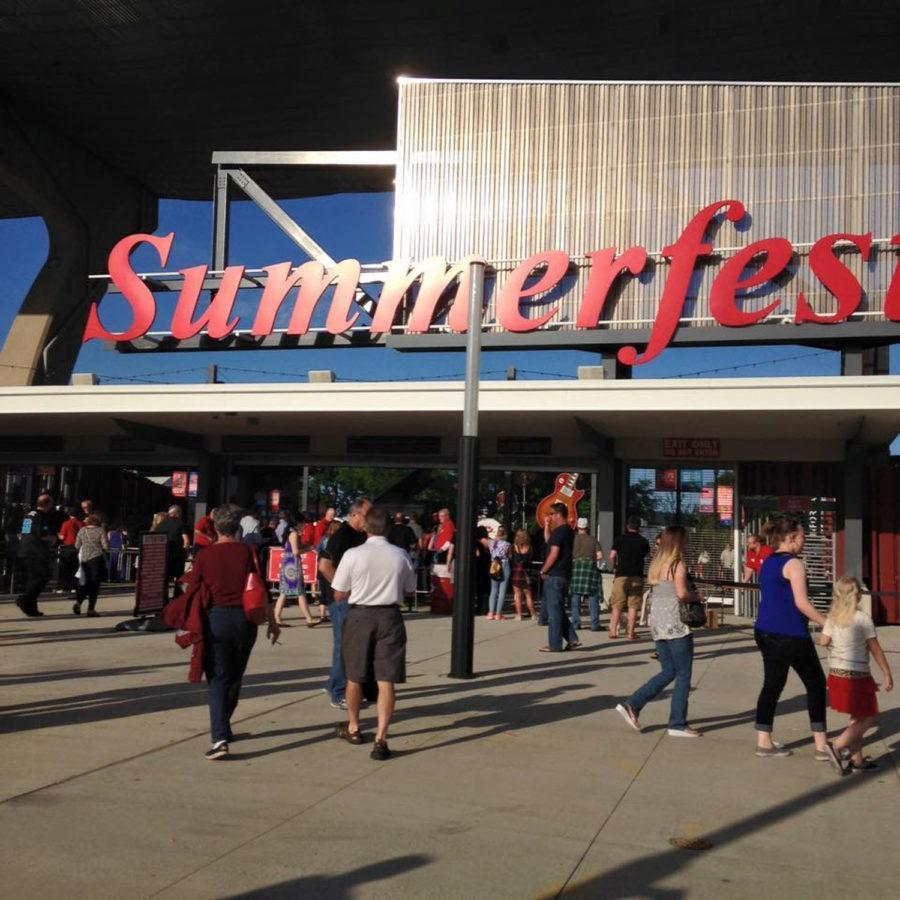 Nothing says summer like a relaxing day at the beach; however, the summer excitement comes from the riveting experiences at music festivals– good music, good food, good people. Personal preference for genres may differ, yet anyone can find a festival that caters to his or her wants.

PIQNIQ: Entering into its fifth year as a festival, PIQNIQ features alternative rock bands and artists. PIQNIQ veterans Bleachers and Joywave are back for their second time with their first being in 2015. A unique aspect to this festival is that none of the bands play at the same time; this allows attendees to watch every band rather than having to choose one over another. Smaller bands play first on the Saint Xavier University stage followed by the bigger bands on the Main Stage in the amphitheatre.

*One more band to be announced

Summerfest: This year marks the 50th anniversary of Summerfest. The festival always occurs during the end of June and beginning of July. Other than a variety of music, Summerfest also offers food, shopping, interactive exhibits and an opportunity to enjoy the lakefront. General admission, along with three-day or 11-day passes, gives attendees opportunities to experience more than 1,000 different performers. Separate tickets may be bought to attend performances in the American Family Insurance Amphitheater.

Lollapalooza: Following up its 25th anniversary, Lollapalooza will continue to be a four-day festival. Lollapalooza always offers an array of music, ranging from rock to hip-hop. Tickets have yet to go on sale, and the lineup is yet to be announced; however, returning festival-goers are expecting both of these to happen around spring break (March 27-31).

Country Thunder: Going into its 23rd year as a festival, Country Thunder will continue to host the biggest acts in country. In 2015 CT won “Festival of the Year” at the Academy of Country Music Awards, which is proven by the overwhelming amount of attendees (more than 100,000 each year). Other than live music, there is ziplining, interactive exhibits, a Ferris wheel and a mechanical bull for entertainment. Camping is also available.

Chicago Open Air: Following up its first year as a festival, Chicago Open Air continues to amaze with an all-star lineup. Last year, Rammstein had its only U.S. performance at this festival. As done previously, there will be a two-stage set up, with one being the main stage. On July 13, there will be a “pre-party” event, featuring TBA bands. Besides rock and metal music, Open Air features plenty of food and metal-themed burgers courtesy of Chicago restaurant Kuma’s Corner.

Pitchfork+Plus three-day pass (exclusive amenities): $365
Please note, although all festivals listed are for all ages, there is no guarantee that tickets are still available. If sold out, try looking on Stubhub or at resellers on the festival’s ticket provider website.