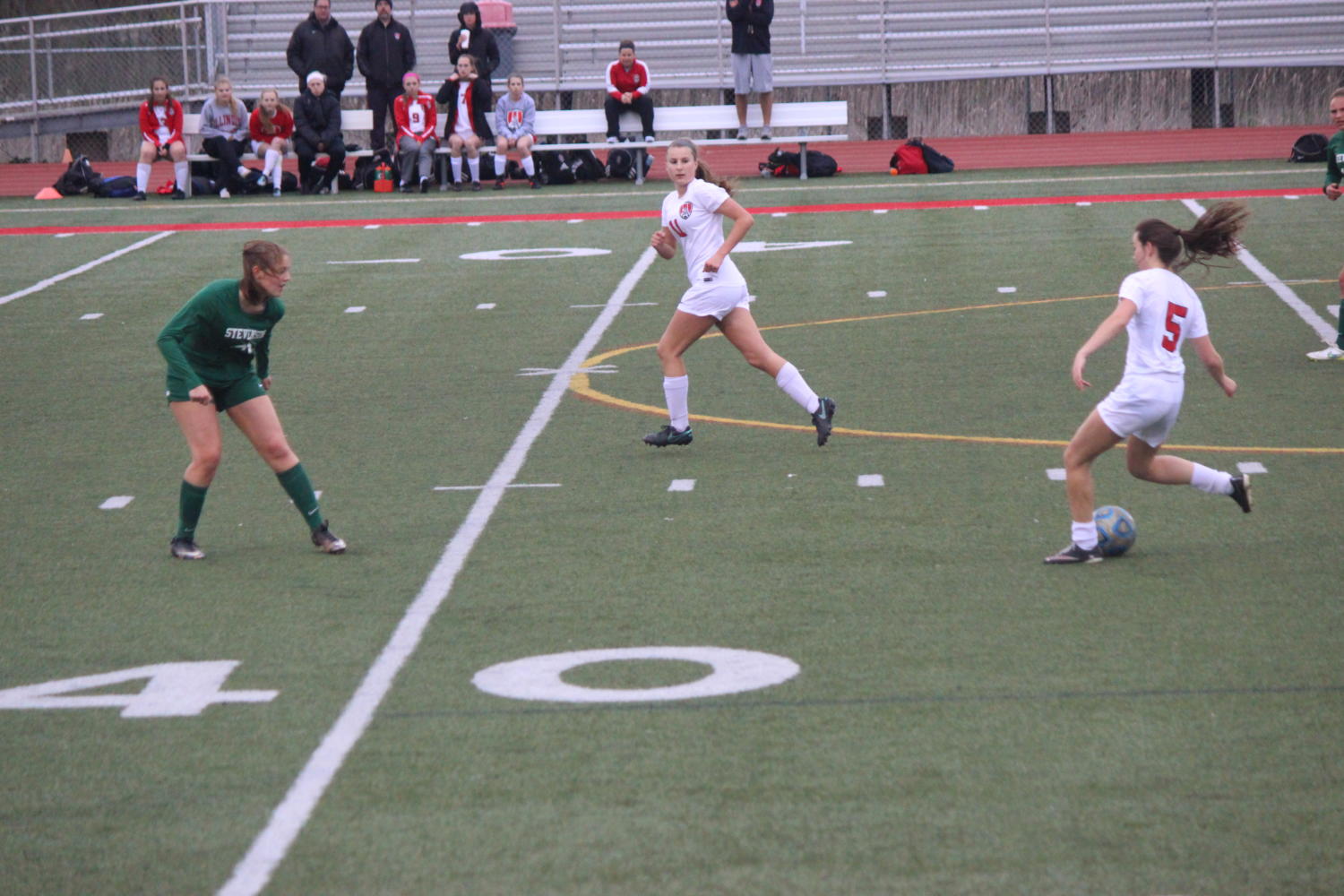 Thread the Needle: Senior Midfielder Emily Ollendick looks to pass ahead of the Stevenson defender to Junior Forward Myah Strokosch in order to get a scoring chance.

On a cold April 21 evening, the girls varsity soccer team held off conference opponent Stevenson High School with a score of 1-0 in a game dramatically affected by the wind with few offensive chances. Senior forward Leah Goldman had the only tally for the Mustangs in the game.

“This was a big goal for our team. It’s been awhile since we beat Stevenson, and this goal gave us fantastic momentum that led to an exciting win,” said Goldman.

At the time of the game, the girls had had a successful season so far, with only two losses. This season they looked to make a playoff run after a disappointing early loss in the regional round last year.