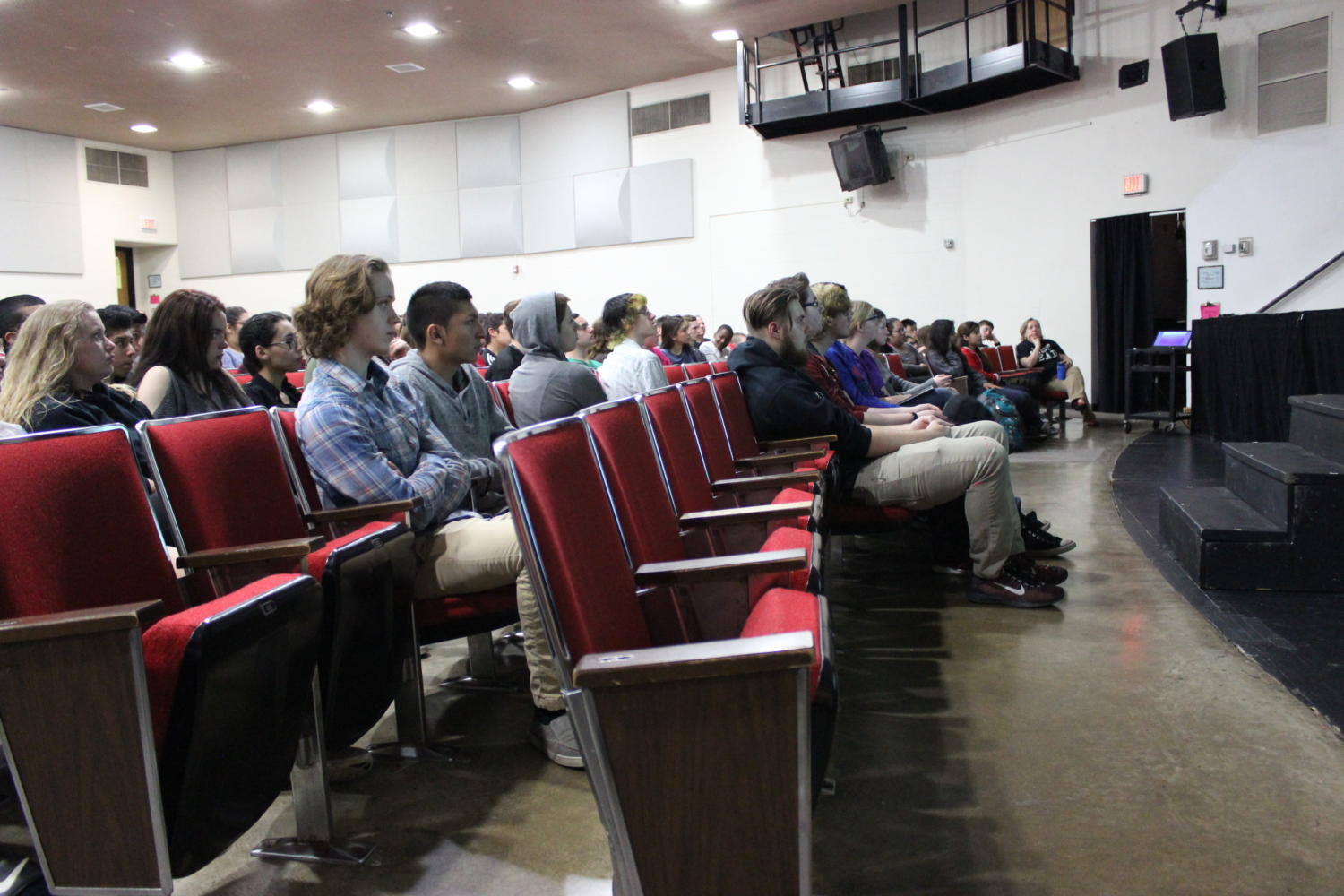 English classes enjoy entertainment: Students from English courses and electives were welcome to attend the speaking event with their class during first and second period. Lange also held a creative writing workshop, titled “Writing with Voice”, during third period.

Journalist-turned-author Erin Jade Lange spoke at MHS on April 10. Lange is an Illinois native, who attended the University of Missouri, and bases her character personalities on Midwestern values. As a child, Lange was a victim of bullying, and because of it, she said she became stronger. “Without that awful year, I wouldn’t have been able to write about the characters and themes,” said Lange.