New Netflix Hit: ‘To All the Boys I’ve Ever Loved Before’ 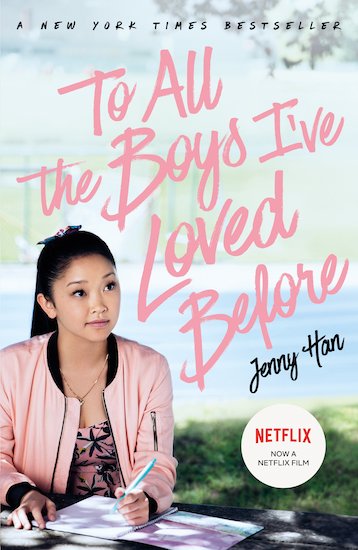 Inspired by the 2014 novel by Jenny Han, “To All the Boys I’ve Ever Loved Before,” directed by Susan Johnson, caught the attention of a variety of Netflix viewers when the movie debuted on Aug. 17.  Because of the movie’s inclusion of bullying, complicated romances and the struggles of a single-parent home, many viewers were able to connect and relate to the situations displayed.

In this most recent Netflix Original movie, Lara Jean, acted by Lana Condor, loses track of her five love letters, which were somehow released to the addressed recipients. This situation creates havoc in her life.

Just when her older sister, Margot, acted by Janel Parrish, leaves for college in Scotland, Lara Jean is left to figure life out for herself, and she happens to be the quietest of the three girls in her family. Advice from her single-parent father and mischievous little sister Kitty, played by Anna Cathcart, guide her through the ups and downs of this journey.

“I think my favorite character would be Kitty. She’s hilarious, and though she causes trouble, she has good intentions,” Alexandra Hevko, junior, said. Her sass makes the scenes funny and interesting to watch.”

One of the recipients, Josh, acted by Israel Broussard, is her older sister’s boyfriend who happens to be the family’s next door neighbor. He and high school jock Peter, played by Noah Centineo, are the two main love interests.

Peter’s character, though, also brings in the topic of bullying into the movie.

Peter’s girlfriend, Chris, acted by Madeleine Arthur, bullies Lara Jean throughout the school day adding extra stress and worries. This bullying aspect relates to many viewers, allowing them to feel even more connected to Lara Jean.

However, Laura Jean eventually begins to find more courage as she opens up and overcomes numerous obstacles to protect herself and her precious letters. Although she does all she can, she finds herself getting deeper and deeper into her lies and ends up developing a fake relationship with Peter.

As expected, they develop real feelings for one another, and go through an on-and-off-again relationship. This basic plot structure may be a turn-off for some; however, the movie contains many unexpected twists and turns that keep the movie exciting.

“My favorite part of the movie was when they are in the cafe, and Lara Jean says she’s not nervous around him because she’s just faking the relationship, and she doesn’t realize how Peter actually feels about her,” Jocie Bank, junior, said.

Overall, this is a must-watch movie for all teenagers because it teaches many lessons about putting oneself out there and the benefits that might follow.

“I think [the message is] to never be afraid to say what you are feeling out loud,” Ellianna Pearson, freshman, said, “Because you never know what good can come out of it.”