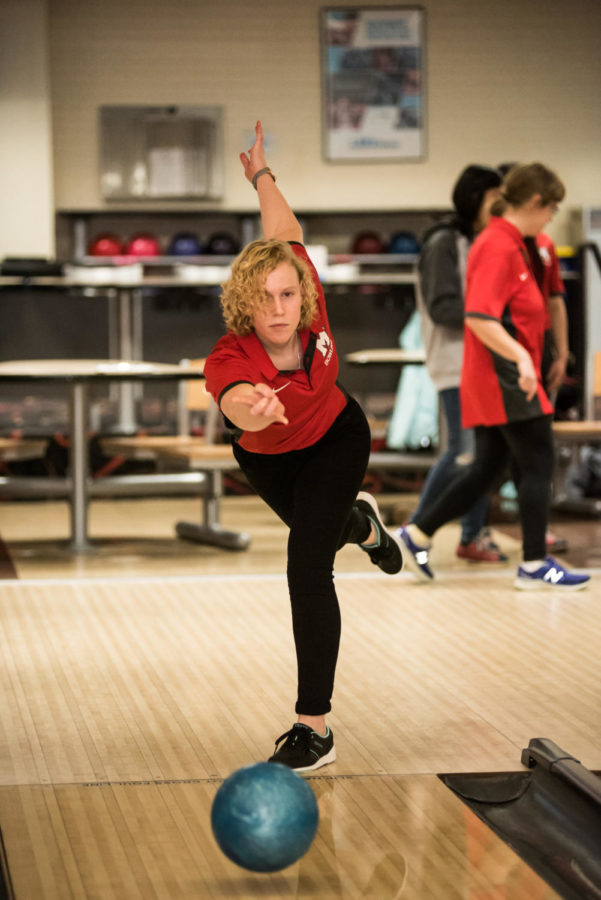 The Athletic Department introduced a new sport to its athletic lineup this winter: Boys and Girls bowling– an IHSA state-series sport since 1973.

MHS decided to include the sport this year based on interest expressed in past student body surveys.

“We believe that students that are involved in something, if they do it, whatever that may be, whether it’s in fine arts, in the play, in the musical, or part of an athletic program, or any club or activity, they’re going to do better in school if they’re involved,” Athletic Director Troy Parola said. “The data shows that, so we wanted to add programming that we thought our students would be interested in doing, and bowling was, fortunately, one of those sports.”

MHS has had individual athletes bowl in the state series the past three years before the creation of a team, and every school in the North Suburban Conference, except for Lake Forest High School, has a bowling team. Like MHS, Waukegan High School added the sport recently as well.

“[Bowling] is one of the cheaper sports to start a team,” Girls Bowling Coach Vanessa Prorok said. “Plus, it doesn’t have a lot of people, so you really only need five athletes to be committed to the team to start a varsity bowling team.”

Parola said the main obstacle revolving around the creation of the teams was facility access, as bowling is one of two sports, the second being golf, where MHS doesn’t own the facility. The bowling teams mostly practice at Lakeside Lanes in Mundelein.

Because the facility is off campus, another issue became figuring out how to bus the students to the various after school events.

Despite the challenges that came with integrating the new program, bowling began in November as a new winter athletics option.

“I want [the team] to have fun and grow but really to learn about the sport, understand it, and get better at it,” Boys Bowling Coach Chris Sweno said.

Varsity Bowler Jackie Spencer, sophomore, said that it is a good way to meet new people and get away from stress.

The teams consist of players who have never played in a competitive atmosphere before and a handful of players who have competed in the state series or have previously played on other high school teams (Many bowlers compete in a range of other sports alongside bowling– some bowlers being two or even three sport athletes.).

In order for players to hone their skills, practices at Lakeside start with a 10-minute warm-up and then are followed by two to three games to practice “picking up spares and hitting their mark,” Coach Sweno said.

Many bowlers praise the teams’ fluidity, allowing players to move between JV and varsity as needed. This opportunity helps the bowlers improve by exposing them to players of similar or higher levels than themselves.

Varsity Bowler Melissa Calleros, junior, said that the encouragement and support she receives from her teammates is another great aspect about the program.

Parola said, “[Bowling is] a lifelong activity that you can be involved in, and you can have a lot of fun doing it, so I would encourage people to truly go out there and try it; you’ll have a lot of fun.”