Not only security: Guard builds community, too 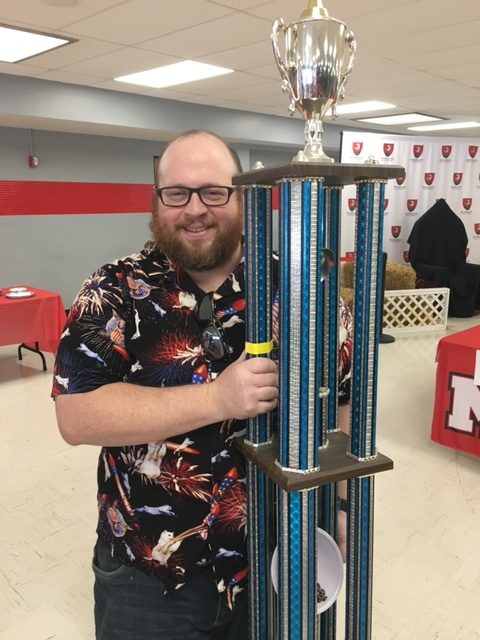 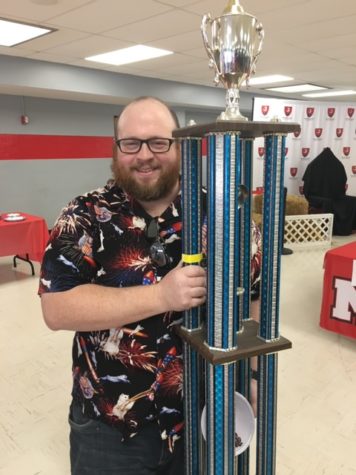 While walking around the school he knows so comfortably, Security Guard Wesley Dawson shared stories of students he’s befriended over the years. The well-known front desk greeter, better known as Wes, has become a popular figure among the students at MHS.

“I think it’s fantastic I get along with a lot of [the students]; I know most of them by name,” Dawson said. “It’s fun getting greeted every day by kids who know me by name and everything, so it’s very enjoyable.”

With a desire to switch from a stressful previous job, Dawson said he was in search of a new career.

“I was in retail management, and the hours were horrible, and the stress was very high,” he said, “So, I decided to find something that would suit me a little more.”

Now after going into his fifth year at the high school, he can say, “I’ve never had a stressful day [at MHS].”

That doesn’t mean his days can’t get “hectic,” but he also said he never gets bored on the job.

“I’m always busy,” he said. “There’s always something to do– whether it’s emails or some sort of paperwork. I’m at the front desk a lot, so there’s always constant people coming in and out, even in the summer.”

But Dawson likes to be kept busy on the job.

“When it’s chaotic and there’s a lot of stuff going on, that’s the most fun for me,” he said.

Not all jobs are perfect, though, and this is no exception for Dawson.

“For me, the only downside, really now that I have a daughter, is working nights,” he said. “Because I’m solely on night shift, sometimes I feel like I want to be at home with my family.”

But he added he gets to spend the mornings with his daughter during the week and a lot of family time on the weekends.

While Dawson likes working with the students, sometimes the students are also what makes his job difficult.

“When you have students who just won’t listen at all, it makes it very difficult to do my job– when I’m asking them to do something and they completely ignore me and not even acknowledge the fact that I’m speaking with them,” he explained.

All balances out, though, because Dawson said one of his favorite parts of the job is when he realizes “that [he’s] helped [students] with something they might find difficult, and they come up and they thank [him].”

Junior Timmy Yavorskiy said his relationship with Dawson consists of talking mostly after school and in-between classes during the school day.

“It’s all fun and games, and now we both just make fun of each other,” Yavorskiy said about his relationship with the security guard.

Although students share a lot with him, not many know much about Dawson. For example, he’s an avid fisherman and has more than a dozen tattoos.

The friendliness doesn’t stop at work; Sellers and Dawson hang out outside of work, too, and learn from each other on how to develop better relationships with the students.

“Working here with the community is almost like a small family between staff and parents and students,” Dawson said. “Everyone’s working to get everybody where they’re supposed to be. I think it’s great, and I really enjoy it.”