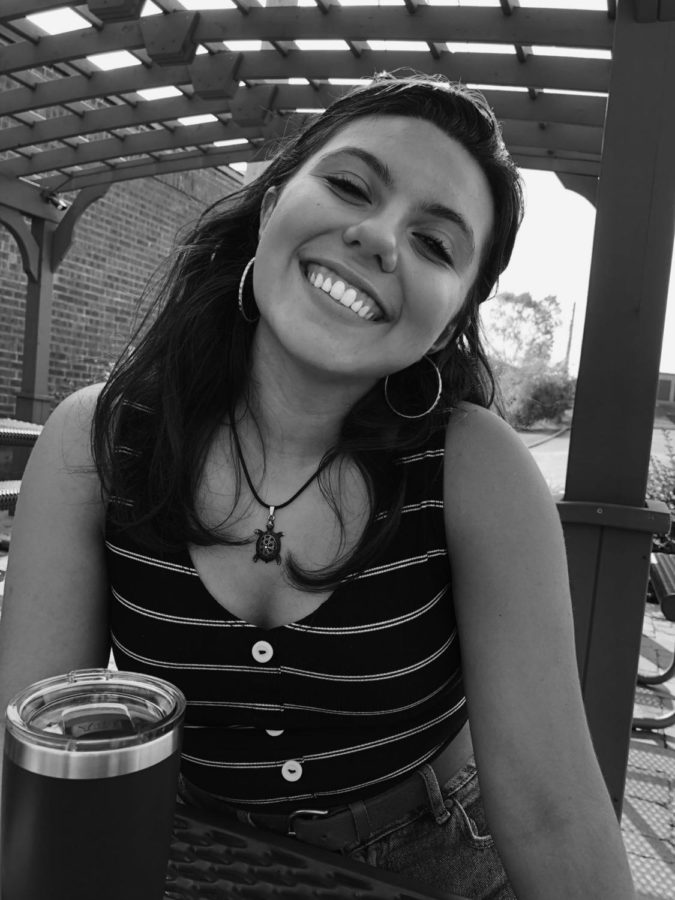 Feijoo’s family and friends encouraged her to keep putting her efforts into the Mundelein community over the years. Feijoo stayed determined when it was her opportunity to become a leader at MHS.

For many students who choose to be active in the school community, the commitment takes effort and dedication, but to be president of two clubs, student wide president and a participant of other extracurricular activities requires Sofia Feijoo, senior, to demonstrate immense leadership abilities while also remaining focused.

“To me, a good leader is anyone who is open-minded about new ideas,” Feijoo said.

Cynthia Henrichs, an adviser for Student Leadership, has known Feijoo for four years.

“She is moving our organization forward, and we are a better school because of her efforts,” Henrichs said.

For example, Feijoo has helped raise money for the Senior Class gift, a statue with the details still in the works, and as school wide president, Feijoo leads planning for homecoming, WinterFest and prom. She also helps organize spirit weeks, community service projects and assemblies.

In order to oversee all these activities, Feijoo must meet with the school faculty to talk about school changes while leading students to voice their opinions about what they want to see differently at the school.

“She always puts the opinions of the people first,” said Senior Class President Alex Martinez, who has known Feijoo since kindergarten and has watched her grow into all her leadership positions. “When we discuss school improvement or plan specific events, she is the first to tell us what the student body wants and what they need.”

Her determinations to be involved stems from her family, but most importantly, from her two older sisters.

“Both of my older sisters were super involved when they were in high school, so growing up, I watched them participate in a bunch of super cool activities and school-wide events,” Feijoo said. “When I got to high school, I seized many of the same opportunities they did and ended up loving them.”

Since freshman year, Feijoo has been involved in a multitude of activities. This year she is involved in Student Leadership, Future Business Leaders of America, National Honor Society, Political Action Club, Best Buddies and the Schuler Scholars program. For the first three events listed of the six she is president.

Because of her connection with the student body through these activities, Feijoo won the 2019 homecoming queen title.

“I love all the girls on the court, so I was surprised I won,” Feijoo said.

Henrichs was not surprised by Feijoo’s win, though, calling her kind, respectful and hard working.

A lot of her peers weren’t surprised either.

“I think everyone would agree that she was the best fit to represent our Senior Class and school at the parade and dance,” Martinez said.

For Feijoo, it was a great way to start off an already busy and stressful year.

“[Being involved] is really challenging,” Feijoo said. “However, the easiest thing to do is to complete one thing at a time and not overwhelm yourself with a million things all at once.”

Additionally, Feijoo said she plans to study investment banking and global business in college, so FBLA has been helpful to Feijoo in figuring out what she wanted to do.

She also added since FBLA is a nation-wide organization, she has been able to meet so many people from all across the country and, through networking, has been able to form life-long connections.

About Feijoo’s future, Martinez said, “I have no doubt that she will be successful in life and in everything she does.”