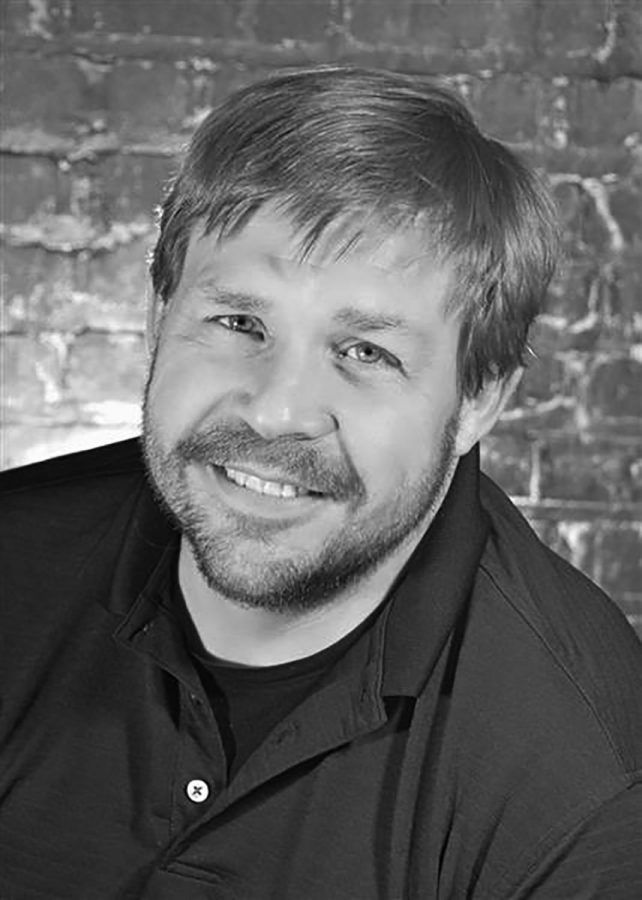 New Faces Director Jeff Harding recently starred in the play 'Mama Mia' as he tries to stay involved in the theatre world. By doing this, he helps inspire his own students in the Mundelein Theatre program.

Under the direction of Math T­­­eacher Jeff Harding, Mundelein Theatre’s New Faces production will stage “The End of the World with Prom to Follow” Nov. 1-2. By taking on the opportunity to direct this no-cut cast consisting of freshmen and sophomores as well as juniors and seniors who have never appeared on a main stage has given Harding a way back into the acting world.

“It’s funny because I know this will sound mushy, but I really didn’t think how I could get back involved in [working in theatre] again,” Harding said.

While Harding has been working at MHS for 32 years in the Math Department, he has been helping out with the Mundelein Theatre program for the last five years when Sara Gunther started directing the New Faces productions, and Harding would switch directing with her every other year.

Three years later, Harding has been directing every single New Faces production, as well as assisting Jonathan Meier, the director of theatre, with other productions.

“Not only does he direct New Faces by himself, but he’s also my associate director for the winter play, and we direct that one together,” Meier said.

But Harding said he enjoys the unique opportunity that New Faces provides students.

“This opportunity that we give– we don’t let anyone go– I get this incredible joy watching the joy the kids feel,” Harding said.

Harding never had any thought of doing anything involving theatre. He did one show in high school but planned to become a chemistry teacher. It wasn’t until later that he decided on teaching math and coaching basketball for 20 years alongside retired coach Brian Evans.

He didn’t consider helping with theatre until Meier reached o­­ut to teachers his first time directing a musical– “Working” in 2005. Meier found Harding to sing a small part in the show.

Another way he got back into theater was doing community theater that following summer.

“You know life is about circumstances; in that time, there was a lady who was directing a show that summer at [the College of Lake County]; she was the music director and convinced me to do the show that summer. I got casted and it was ‘Jesus Christ Superstar’,” said Harding.

Now Harding directs a show with about 30 kids looking to gain a new experience on stage. He has four student managers to help him. One of them is Colin Nacion, senior, who is the associate director of this year’s New Faces show.

“You definitely see the wheels turning and almost calculating whatever stuff he sees that needs to get done,” Nacion said about how Harding directs. “He’s very meticulous of what he wants and how he wants it done. You can tell just by looking at him that he’s a math teacher.”

Harding said about working in theatre, “I’ve just been really lucky to meet great people who took chances on me and gave me a chance.”