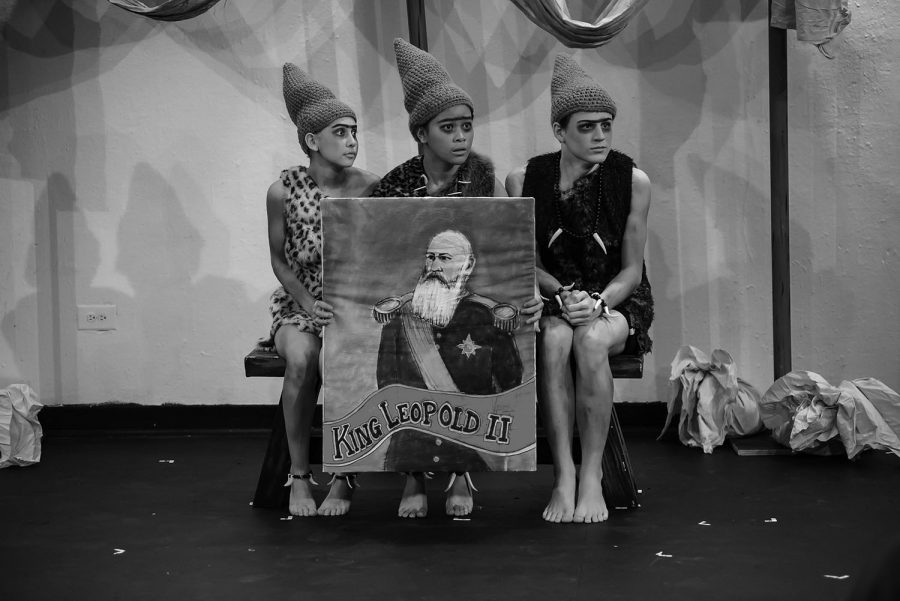 Mundelein Theatre’s most recent production created an uproar in the performing arts world when the program’s fall play “Elephant Man” was selected to be performed at the Illinois High School Theater Festival at the start of the new year.

While theater members said attending the festival in previous years was “more than just fun,” the opportunity to perform their own play at the festival for other schools has created new excitement among the cast and crew.

“Theater Fest for me is always such an amazing and fun experience. We go there every year and see some amazing shows and meet awesome people. This year, however, we get to bring the show,” senior Colby Willis said. “People are coming to see us from all over Illinois. Not only do we get to represent Mundelein Theatre, we also get to do it with a show that means a lot to all of us and, from what I’ve heard, is a really moving experience for the audience.”

Willis played the young physician Frederick Treves, who agrees to take care of John Merrick, a deformed man who is a victim of rare skin and bone diseases, by protecting him from the horrors of the outside world of late 1800s London.

The man who was seen as a freak and treated terribly by society was acted by junior Matthew Callas in a 200-seat thrust configuration, which means the audience sat on the stage– a rather uncommon performance environment.

“My favorite thing about performing in ‘The Elephant Man’ was how challenging it was– not only physically contorting myself for the whole play but understanding the old English jargon and digging into the relationships and developments between the characters in the show over the several years it takes place,” Callas said.

A slew of characters influenced Maverick, but one of the greatest influencers was Mrs. Kendal, acted by senior Elyna Mellen. Mellen portrayed an actress in high society who one would imagine to be cruel and judgmental toward Maverick but was rather the most caring and loving toward him.

“The story of ‘The Elephant Man’ is quite gorgeous and profound in my opinion,” Mellen said. “It highlights the contradictions of morality and humanity that riddle our society and thoughts. Too often we think we need to “fix” or “teach” people when really all we need to do is accept them.”