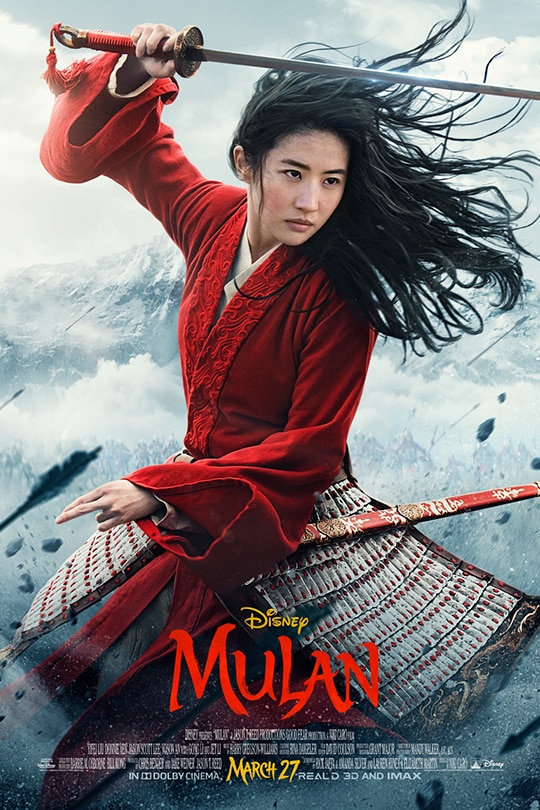 Fans eagerly await the release of Disney's live action "Mulan" despite the release date being pushed back from March to July because of the COVID-19 Pandemic.

Although fans of Disney’s Live-Action ‘Mulan’ are disappointed about the abrupt delay of the world movie premiere, which was scheduled for March 27 but has been changed to July 24 due to the COVID-19 pandemic, viewers can expect the movie to appear more real and action-filled in comparison to the classic animation version released in 1998.

“I have been excited [to watch this movie] since the trailer came out, so I hope it is amazing,” senior Zoe Wagner said in an email.

While there is excitement, some fans may be upset by the character adjustment– with Mushu, the red small, comedic dragon we all know and love, and the main love interest, Li Shang. Neither make as friendly of an appearance on the big screen as they did in the 1998 version of Mulan.

“Instead of being accompanied by a dragon, live-action Mulan (played by Liu Yifei) will be watched over by a phoenix, a mythical creature that, according to her father (Tzi Ma), is a guardian of the Emperor himself,”  stated a February Forbes article titled, ‘The Absence of Mushu in Disney’s Live-Action ‘Mulan’ Reflects The Hard Choices Faced By Remakes,” by Josh Weiss.

This alternative circumstance should lighten fans’ spirits, as director Niki Caro wants to maintain the seriousness of the true story of Mulan– the story of a young woman who secretly disguises herself as a male warrior in order to save her father from the dangers of fighting in the war during the era of Imperial China (If she were discovered to be a female fighter, she would risk execution as women were not allowed to fight at this time.).

Another character ‘Mulan’ fans would expect to see in this film is Li Shang. He was the handsome, bulky and courageous head male warrior of the Imperial Chinese army in the 1998 version. He was also Mulan’s main love interest in that original story, too.

“In the height of the social activist movement, having a commanding officer was uncomfortable, and we didn’t think it was appropriate,” said Jason Reed, producer of the film, in a March article from Global News titled, “Mulan remake drops Li Shang character because of #MeToo movement” by Adam Wallis.

Reed also recalled that Li Shang was split into two characters for the live-action film to eliminate the awkward relationship between Mulan and Li Shang that occurred during the original film.

“On one hand, it could be a means of breaking up the formula of the story and trying to make changes to the original,” wrote senior Gabe Goldman in an email. “There is no telling if this is going to be a positive or negative change until we actually get to see the film.”

In the same article, Reed states, “One became Commander Tung (portrayed by Donnie Yen),” who serves as [Mulan’s] surrogate father and mentor in the course of the movie. The other is Honghui (Yoson An)… who is her equal in the squad.”

Mulan is a princess warrior who constantly displays heroism to her people and family members within the mainland of China. Standing up for what one believes in was something of great importance to her, and she proved that she could do just that in the original film. Across the Chinese territory, she fought fearlessly in her father’s place against evil leader Shan Yu and his army. Viewers plan to see such heroism in the latest film as well.

“[Mulan] pretended to be a man to keep her father from going to war,” senior Mackenzie Strong wrote in an email. “She did everything she could to convince everyone she was male, despite putting herself in great danger.”