“Formula One: Drive to Survive” introduces motorsport spectacle to the masses 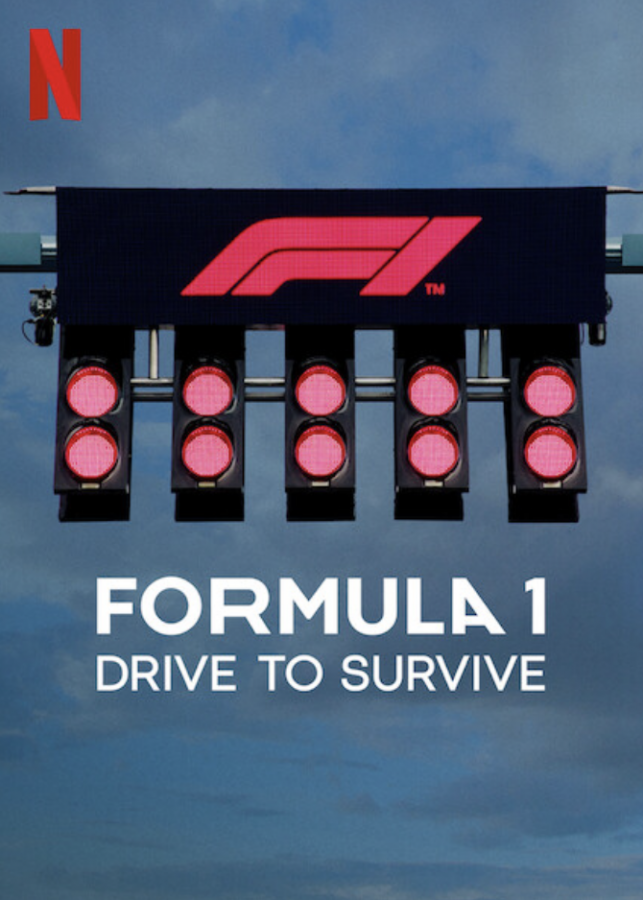 “Drive to Survive” comprises three seasons, each following the 2018, 2019 and 2020 championships. Season 3 debuted on March 19, a week before the first Grand Prix of the 2021 championship.

Disclaimer: This series has been rated “Mature” by Netflix for language and smoking.

Netflix’s hit documentary series “Formula One: Drive to Survive” gives viewers behind-the-scenes insight into the world’s most prestigious motorsport series. The show has placed a spotlight on a sport that is unfamiliar to many, introducing the motorsport series to a whole new audience.

Formula One is a single-seater motorsport championship, claiming to house the best twenty drivers in the world. There are ten teams that compete in F1, each with two drivers. The series is labeled as the pinnacle of motorsport, and with good reason. A typical F1 season spans five continents, with each race bringing in thousands of fans from around the world.

According to a Feb. 8 Formula One article titled “Formula 1 announces TV and Digital audience figures for 2020,” the average number of viewers per Grand Prix– the name for each Formula 1 event– in 2020 was 87.4 million– and this number continues to grow. Social media engagement with the racing series has skyrocketed and new fans are being introduced to the sport every year, and this is in part thanks to the traction provided by “Drive to Survive.”

“The thing to take into appreciation with this [docu]series, I think more than anything, is the fact that it has drawn into the sport people that weren’t fans to start off with, and that is why this show has been such a massive success,” F1 journalist and “Drive to Survive” contributor Will Buxton said in a Jan. 26 video on his YouTube channel titled “F1 – Netflix Drive to Survive : Season 3.”.

“Drive to Survive” gave fans a whole new perspective on the sport, highlighting the stories and intricacies that viewers don’t get to see on race day. Since the show’s inception in 2018, Netflix has been able to access the teams and get a look at what goes on behind the scenes.

The show was also able to bring out the personality in each of the drivers they covered. Daniel Ricciardo was heavily featured in the first two seasons, and he became an instant fan-favorite due to his happy-go-lucky attitude and bubbly personality. Kimi Raikkonen, on the other hand, is beloved for his Finnish emotionlessness that earned him the nickname “Iceman.”

“Drive to Survive” delves deep into the stories behind each team and driver, bringing humanity to a sport centered around machinery and lap times. In the season one episode titled “Redemption,” viewers are introduced to the glamour and exclusivity of the Monaco Grand Prix, which is one of the oldest and most prestigious races in the motorsport world.

Ricciardo led the race in 2016, only to lose a position late-race due to a tyre-mixup during his pitstop. Having lost out on the win through no fault of his own, he enters the 2018 Monaco Grand Prix with something to prove. The odds were against him, however, with teammate Max Verstappen favored to win and rival teams Mercedes and Ferrari hungry for a victory as well. Ricciardo’s story in this episode is exemplary of the passion and excitement of the sport, which is highlighted throughout the show.

The aura of glamour and prestige is another element of the sport the show highlights as that’s what sets it apart from other forms of motorsport– only adding to the interest that people grow to have after they finish the show.

Michele Bonadies, social studies teacher, watched “Drive to Survive” over quarantine and was surprised by how much money was vested in the sport, the prestige and how large of celebrities the drivers are.

“I thought, ‘This is so different’– how kind of prestigious and elite it was,” Bonadies said. “[It] was really intriguing.”

The show, though, has received some push-back from F1 fans for manipulating the truth in the name of entertainment. Examples of this include the fabrication of rivalries between the drivers and using radio messages in races where they weren’t originally said, among other continuity issues. This dramatization can be irritating for hardcore fans, but most can overlook these inaccuracies.

Ultimately, “Drive to Survive” has succeeded in its mission to widen the audience of Formula One and did it while providing a level of depth and exclusivity that even the most intense of fans can appreciate.