Athletics with an audience again

When COVID-19 first surfaced, it stopped many aspects of life, sports included, making sporting competitions a past memory and a future hope. The start of the in- person school year brought with it the fall season of sports. What’s most different from last year is playing against other schools in the community.

“Being able to play against more schools and have a longer season has been something that I have missed. With this being my senior year I am happy that I get to spend my season as normal as possible,” Senior Georgia Bousis said.

MHS athletes are back in play for an audience of their friends, family and teachers once again. “Having a group of supportive teammates by my side has always been a great comfort,” Senior Madi Minehart said. Here’s a look at some of the fall sports in action. 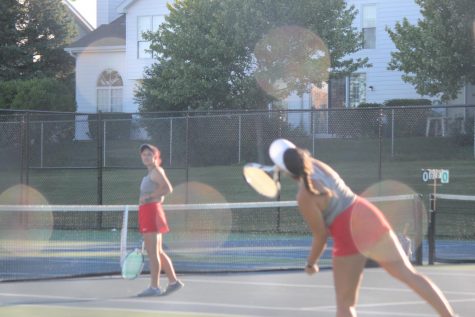 Senior Hannah Earich watches from another court as Senior Georgia Bousis hits the ball to the other team. The crowd cheered when their Libertyville High School opponents failed to return the ball back over the net at a home girls varsity tennis match on Sept. 1. 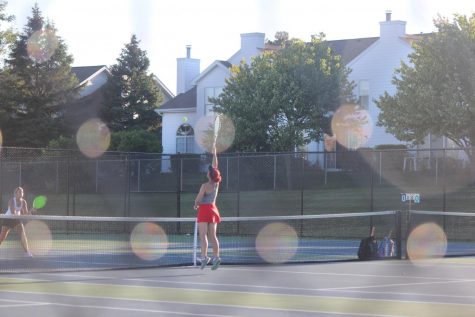 Earich reaches to return the ball to her opponent during a match on Wednesday, Sept. 1, at MHS against Libertyville High School. With the start of a new school year and sports season, Earich shared in an email that playing has been 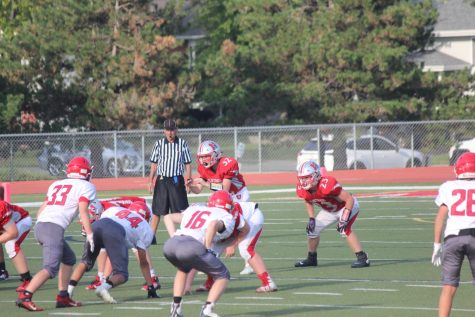 With parents filling the stands and watching intently, the silence while both teams line up magnifies the energy in the stadium at the JV home football game on Monday, Aug. 23. Sophomore Garret Gallagher #23 said, “Playing [since the pandemic] has changed from just the feel while on the field; you can feel everyone [is] ready for the game.” 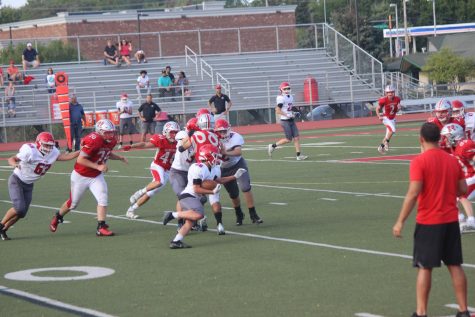 On Monday, Aug. 30, the JV football team, composed mostly of sophomores, played against Grant High School at the home stadium. One of Grant’s players in white runs the ball while the Mustangs work on defense.

Senior Madi Minehart swims the butterfly stroke at the Niles West Invitational on Saturday, Sept. 4. Representing MHS among six schools, Minehart helped the team place second. In an email, Minehart said, “Swimming can be an escape from stressful days at school.” 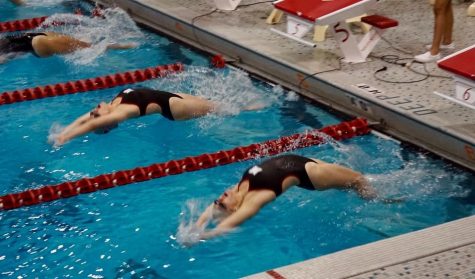 Freshmen Ruby and Casimira Puerzer perform a backstroke start to begin their race at the Niles West Invitational on Saturday, Sept. 4, where MHS placed second among the six competing teams.