Freshmen arrive at MHS for first time (in a special way) 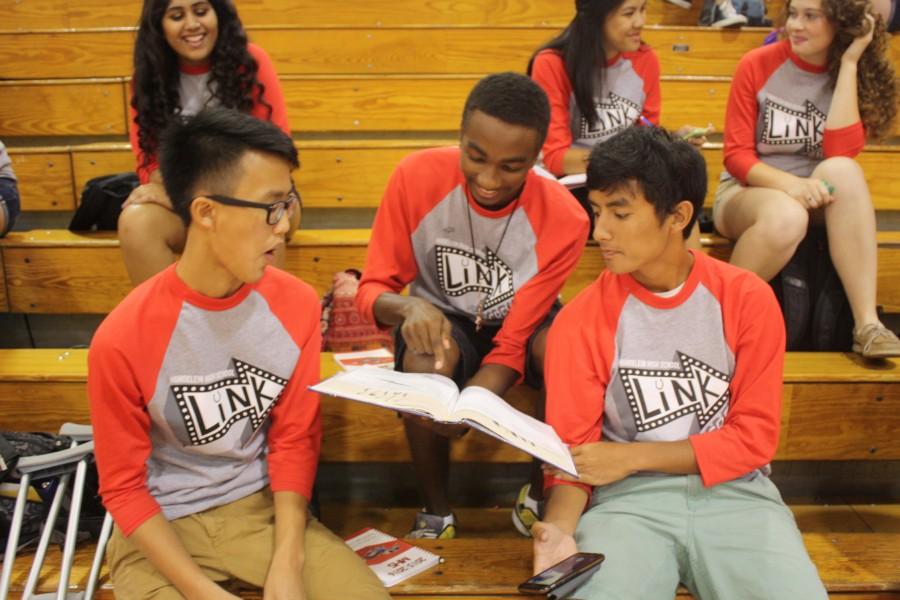 Back to school commercials, stores stocking shelves with school supplies, and summer winding down all lead to one thing—the start of the new school year.

This year MHS began the school year early. Freshman orientation landed on Aug. 11, and the official first day of school followed on Aug. 12. ABC-7 news claimed that MHS was the first school in the Chicagoland area to return to school, compared to the Chicago Public School system which begins the new school year on Sept. 8.

“I was excited on the first day of school. I was excited for the freshman and for myself,” said Dylan Cline, junior link crew leader.

Typically orientation is a special and exciting day but this year was even more special. This year ABC-7 Chicago was there to film a news story about MHS starting school. Kyle Schaller, freshman, mentioned that he had seen a high-tech, huge camera in the back of the gym when he arrived at orientation.

“We(Link crew members and freshman) had no idea that ABC was going to be there until we saw a giant camera and [Link Crew president, Randy] Lerner, made a funny face into the camera,” Cline said, “Also I saw that we were going to be on the news that night and it was cool.”

Along with an exciting, special orientation, the beginning of the school year brings tons of emotions: Anticipation, nervousness, excitement, sadness, and joy.

“I was excited because it was my first day of stepping into the new chapter of my life,” said Schaller.

Along with all of the emotions dealing with school, orientation has its own set of emotions. Orientation is where the freshman and upperclassmen get to know each other and play games while getting used to high school life.

“We got close with the freshmen. We talked and hung out with them and told them what high school was all about,” said Cline, “In the gym we played games, danced, and had a lot of fun.”

Orientation is a time to get associated with a new chapter of school for the freshman. In high school you get to meet tons of new people, try new clubs and sports, and do whatever you want to do.

“I enjoyed going to orientation. My favorite part about [orientation] was meeting new people,” Schaller said.

A great first day usually sets the tone leading into a great school year for the freshmen, as well as the upperclassmen.

Cline said, “After orientation it felt like [this school year] was going to be a great year!”