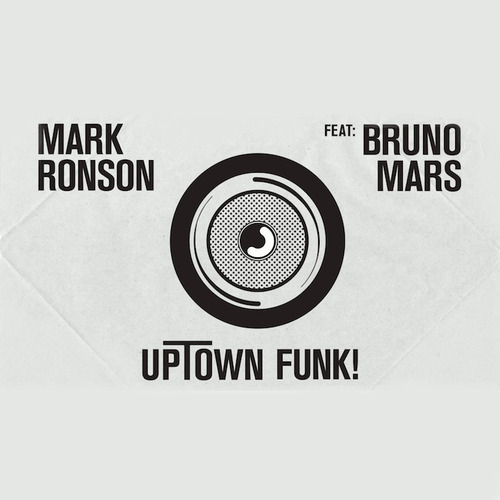 The most defining period of a decade is the median, the fifth year. Some of the most iconic songs from decade-defining bands released songs in the fifth year of the era. The following songs were all released in years ending in “five” and capture the sound and distinct musical quality of the decade.

1965- “Satisfaction” by the Rolling Stones, written by Mick Jagger and Keith Richards: This hit found itself right in the center of the radio rock unlicensed broadcasting era. The British Broadcasting Corporation initially did not play popular hits of the 1960s on the airwaves, leading to pirate radio broadcasts from international waters off the coast of Essex. The critically-acclaimed song was at first criticized for its risqué message about the sexuality and commercialism of 1960s society, but it has stood the test of time as one of the greatest rock songs of all time, much like the band it is accredited to.

1965- “Help” by the Beatles: One of the many products of the McCartney-Lennon songwriting duo, this Beatles hit describes Lennon’s cry for help during the meteoric rise of the band, a contrast to the somewhat up-tempo beat and sound it keeps. While Lennon has called it one of his favorites, he regrets the happy-go-lucky recording of it.

1975- “Bohemian Rhapsody” by Queen: Another iconic song from an iconic band, “Bohemian Rhapsody” is not widely regarded as a “70s hit” because of its numerous resurgences.  Although popular in the 1970s during its initial release, the1990s release of the Saturday Night Live sketch-based film “Wayne’s World” arguably made it more famous. The reboot put the song back on the top of the charts, hitting #2 on the charts in 1992, while the 1975 version peaked at #9.

1975- “Get Down Tonight” by KC and the Sunshine Band- If the word “funky” ever needed a musical description, this hit by KC and the Sunshine band would replace the word entirely. With a constant rotation of band members, Harry Wayne Casey remains the namesake and most identifiable member of the group, who also had a slew of disco hits in the 1970s.

1985- “Careless Whisper” by George Michael/Wham!- Saxophone: It’s all saxophone. For many songs covered by numerous artists, the original is often lost to the later versions. This tune is the exception, as the riff is unmistakable.

1985- “The Power of Love” by Huey Lewis and the News- The soundtrack to Marty McFly’s journey, this timeless classic was a part of Huey Lewis and the News’ success in the 1980s along with “Back in Time.” Nominated for an Oscar for Best Original Song at the 58th Academy Awards, the eventual winner was a Lionel Richie number “Say You, Say Me.”

1995- “Let Her Cry” by Hootie and the Blowfish- Hootie and the Blowfish were the 1990s definition of a One-Album-Wonder. Cracked Rear View sold immensely well in North America then disappeared later in the decade. The closest thing to a resurgence for Hootie was the popular country music career of lead singer Darius Rucker with hits like “Wagon Wheel” and “Homegrown Honey.”

1995- “Macarena” by Los del Rios: Anyone who has ever been to a school dance, wedding reception or a social gathering in general has danced to this hit. Originally recorded in 1992, the synthesized remix hit it big after its release in 1995 with lyrics partially in English, rather than the original Spanish verse. The song became vastly popular during the 1996 Democratic National Convention, sparking a mixture of politics and pop culture.

2005- “Feel Good Inc” by Gorillaz: The “Gorillaz” project is one of a kind, not seen anywhere else at the time its biggest single was released. A virtual band, Gorillaz is the project of English music producers Damon Albarn and Jamie Hewlett. “Feel Good Inc” is an alternative hip hop piece that won several Video Music Awards for the accompanying video’s effects and impact on pop culture at the start of the digital age.

2005- “Gold Digger” by Kanye West: One of numerous hits from his second album Late Registration, “Gold Digger” is one of West’s more popular and less controversial pieces. Sampling Ray Charles’ “I Got a Woman” and featuring the vocals of Jamie Foxx, the song has sold over 3 million copies in the U.S. and is one of the biggest hits of the 2000s.

2015- “Uptown Funk” by Mark Ronson- A collaborative effort between English producer Mark Ronson and American recording artist Bruno Mars, “Uptown Funk” became the song no one could escape for nearly all of 2015. On every radio station, every hour, every day this song couldn’t be avoided.

2015- “GDFR” (abbreviation for Going Down for Real) by Flo Rida: After falling out of the spotlight for a few years, Flo Rida hit the scene again with this late 2014 sleeper hit. Charting at #8 on the Billboards in April, the promotion “GDFR” received was boosted by its featured spot on the soundtrack for the seventh installment of the “Fast and Furious” film franchise. The song is distinguishable by its repetitive soprano saxophone.