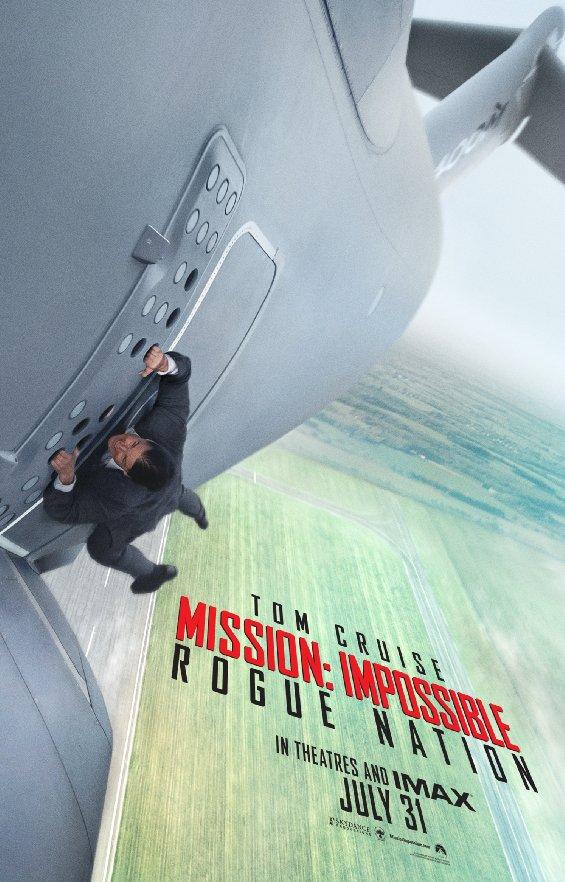 Ethan Hunt (played once again by the lunatic himself, Tom Cruise) goes rogue, so he can track down the Syndicate– a team that is more violent and destructive than Hunt’s Impossible Mission Force (IMF). Teaming up with the cast from previous films and a suspicious British agent named Ilsa (Rebecca Ferguson), Ethan needs to do what he does best in order to save the world.

Tom Cruise is energetic once again in the impossible genre (excluding “Mission: Impossible 2”). Cruise’s performance is still fresh and engaging. Simon Pegg reprises his role for a third time as the comedic technician Benji. His character has some funny chemistry between Hunt and himself, which makes the film engaging to watch.

Newcomer Rebecca Ferguson is the strong female lead that brings a mysterious force to her role. Her character was never dull for a moment. Ving Rhames, however, is a different story. Rhames’s character Luther was an interesting one that felt like a shadow looming in the background. Jeremy Renner’s character is also small and not noticeable for mostly the whole film. He’s just…..there.

The best thing about this film is the opening sequence. With the infamous cargo plane stunt (which involves Hunt hanging on the side of the plane), this sequence will pull the viewer straight into the film with a powerful punch.

These scenes are achieved by the directing of Christopher McQuarrie, the same director that orchestrated “The Usual Suspects,” “Jack Reacher,” and “Valkyrie.” These films have a very unique and landmark style to them, so putting his skills into “Rogue Nation” has been a success.

The one and only problem with the film is the main villain. The Syndicate is evil, but their leader lacks the same cruelty as villains in the past. While nobody can replace Jon Voight from the first film, or Philip Seymour Hoffman from the third film, there should at least be a villain the audience will remember after the film.

Overall, “Mission: Impossible – Rogue Nation” is a strong summer blockbuster that somewhat works as an improvement upon the previous film. Cruise who still works as his own stuntman allowed for a whole new dimension; that’s why this movie deserves an extra half star.

This installment, however, falls short of providing a strong main villain, nor does it offer deep character development. It was the action along with a couple of the performances that made this film worthwhile.