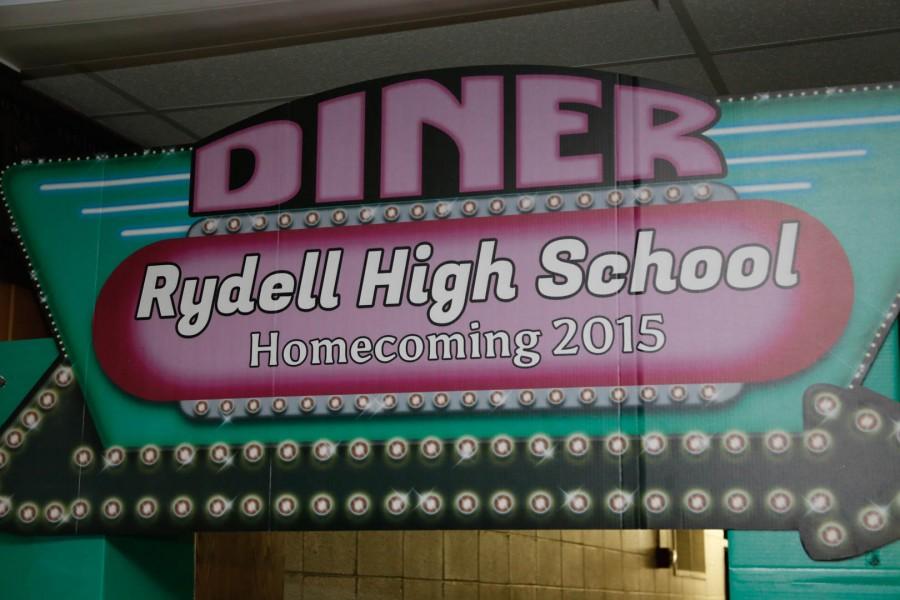 “Grease” a classic movie of the 1950s contains a song called “Greased Lightning.”  In the scene, the main character Danny is fixing a car with his friends and starts singing with them about an ideal version of the car. Eventually, the car turns into a brand new one mid-song, like an illusion, but by the end of the scene, the car goes back to the same one they were fixing.

Greased Lightning was the theme for this year’s Homecoming dance, which received mixed reviews.

Many students liked that the theme was different while others would have preferred something more traditional.

Before the Homecoming dance occurred, Faith Fiorovante, freshman, said, “I would have chosen a different theme just because I don’t know how they’re going to pull it off. I think that if I were to change it, it would probably be something like Starry Night or something simple.”

Fiorovante said a simpler theme would make it easier for those planning the dance because they wouldn’t have to think about how to pull it off; they could just focus on how to make sure the students have a good time.

Others said a 1950s dance theme was more interesting than other decades that could have been chosen.

“It was a more exciting time,” said Jessica Nensel, freshman. “Nowadays, it’s just boring, so really there would just be like iPhones on the walls. It wouldn’t be anything fun.”

Nensel also expressed her love for the movie and how that was one of the main reasons she liked the theme.

Sarah Angelbeck, junior, shared a similar thought. She said she liked the theme because it wasn’t just a plain color theme.

The week before the dance, students looked forward to seeing how the dance committee would incorporate the theme into the decorations.

“Because they’re using the Greased Lightning theme, they will probably have some old vintage things, like props and stuff around,” said Fiorovante.

This year’s theme was chosen by last year’s Freshman Student Leadership who chose the following three themes to present to the student body for a vote: USA All the Way, Fire and Ice and Greased Lightning.

According to Patrick Gaughan, one of the Student Leadership advisers, and others who had been on Freshman Student Leadership last year, USA All the Way originally had formed from the concept of New York, New York since the Homecoming football game fell on Sept. 11 this year. Student Leadership wanted to do something that honored the day.

But in the end, the student body voted for Greased Lightning.

At the dance, pictures from “Grease” decorated the Commons area, where the movie also played.  Students could take pictures at a little soda shop, and the place was covered with balloons.

According to Ricky Rodriguez, sophomore class president, it took about five hours to set up the decorations on a budget of about $1,000.

“I think [the Grease theme] went really [well] because “Grease” is set in a high school, so it was the perfect opportunity to get everything from the movie at our school,” said Senior Douglas Alberts.

The balloons seemed to be the favorite decoration for many.

“I liked the big black and white balloon arch when we walked in. That was pretty rad,” said Liz Meister.

Meister said that the dance committee had decorated well for the theme with the balloons and the fun colors, but she had one suggestion.

“They should’ve played more music from that era,” she said.

Some students particularly thought a song related to the theme would have been a nice way to end the evening.

“I think [they should have] played something from “Grease” as our last song,” said Alberts. “I feel like whatever the dance theme is, that should be the last song, whether it’s upbeat or slow, but something from the movie would have been good.”