School, Community Work to Help One of its Own 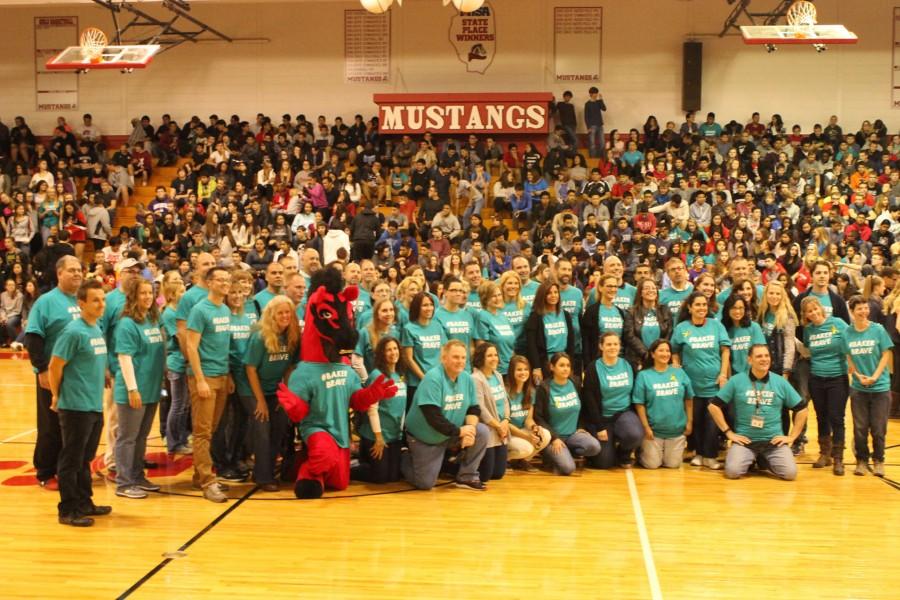 October is known as Breast Cancer Awareness month, but this October, Mundelein was focused on a different form of cancer in order to help one of its own.

Maureen Baker, special education teacher at MHS, learned that her two-year-old son, Noah Baker, was diagnosed with Neuroblastoma, a type of cancer that is a tumor of composed neuroblasts in the body.

The community of Antioch, where the Bakers live, got word of the news first and began supporting Noah and the family. Then the news was shared with Morgan Spitz and Heather Ryan, special education teachers and friends of Maureen Baker. They received the news from families in Antioch and brought it to the attention of MHS.

Along with Spitz and  Ryan, Dave Whitson, teacher and friend of Maureen Baker, brought about the news of the Bakers’ situation and created Baker Brave.

“The push of Mrs. Baker’s colleagues got the attention of the school,” Whitson said.

“I’d say [Baker Brave] got big mainly because of the football team’s support of the foundation and our successes as a program,” said Justin Neukam, senior football player.

The football team went out on the morning of Oct. 17 to collect and raise money for the Baker family. The players went out to dozens of storefronts to ask for donations and to inform people about Baker’s situation. Just on that Saturday alone, the team raised more than $2,300 in support for Noah.

Another action that the football team performed was the selling of raffle tickets, with all of the proceeds going toward the help of Noah. Members of the team sat outside the cafeteria with raffle tickets to be sold to students during their lunch periods the week of Oct. 19 to Oct. 23. Also, along with the student raffle, there was a separate staff and adult raffle that was also used to help Noah’s cause.

In the school bookstore, #BakerBrave shirts and green wristbands that read “Fighting for Noah” were sold. Along with wearing the bracelets and t-shirts created by Spitz and Jamie Dicarlo, special education teachers, teachers at MHS wore gold ribbons to raise awareness of the situation and support Noah in his fight against Neuroblastoma.

Every penny of the money raised from the raffle ($390) went to the Baker family, but the people who entered the raffle had the opportunity to win Bears tickets, Bulls tickets, Microsoft Surface Tablets, a Chromebook, and more. The winners were announced on Friday, Oct. 23, at a school pep rally before the final football game of the year. See who won in the accompanying chart.

During halftime, an announcement went out for Noah, who was in attendance at the game with his family. The MHS football team gathered around the Bakers and chanted for Noah. This moment was made in front of all the fans, both teams and the band at the game.

“Parents, players, and the fans all really pulled together at the game,” said Whitson.

With all of the donations and volunteer work that was used to help out Noah, $8,800 in total was raised.

Some other events that have or will take place in support of Noah include a “No Shave November” contest, a presentation and collection of donations at the fall play, GSA donations from a sucker/lollipop sale and an NHS candy cane sale. The next round of donations is to help provide the Baker family with a cleaning service for one year.

The MHS community continues to wish Noah the best of luck! 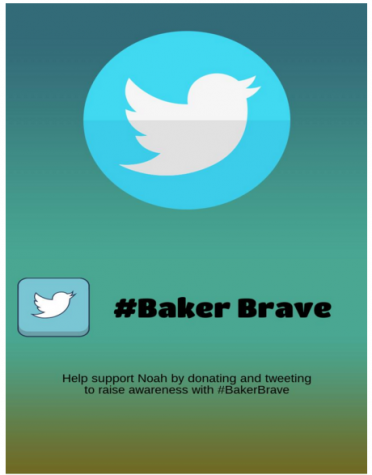 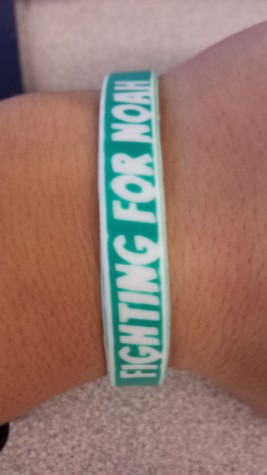